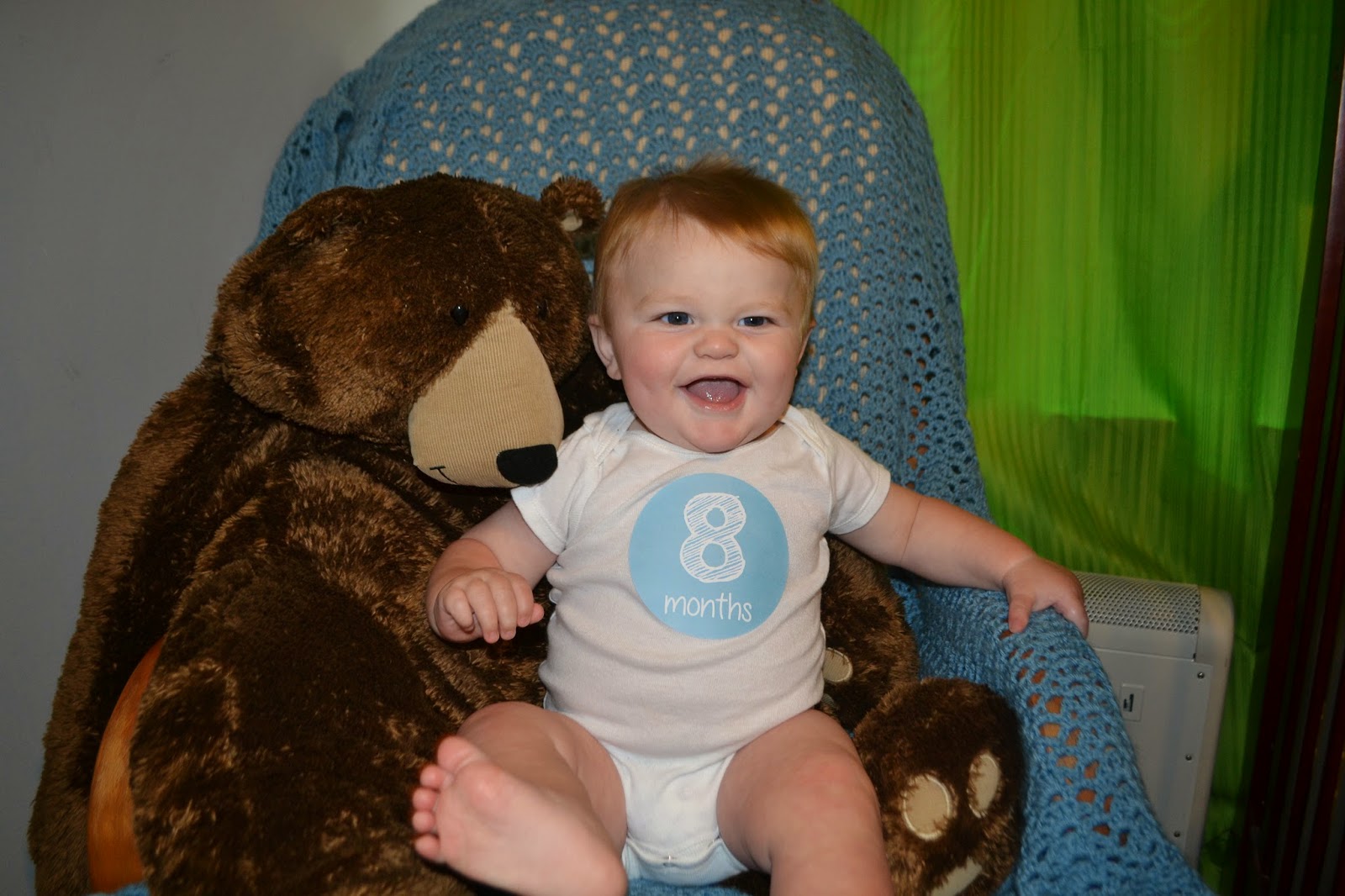 you have THE best smile. it's SO big and gummy. and, i also think you have a pretty sweet laugh! it's so infectious, nothing in the world can stop me from smiling when i see you smile or hear you laugh. 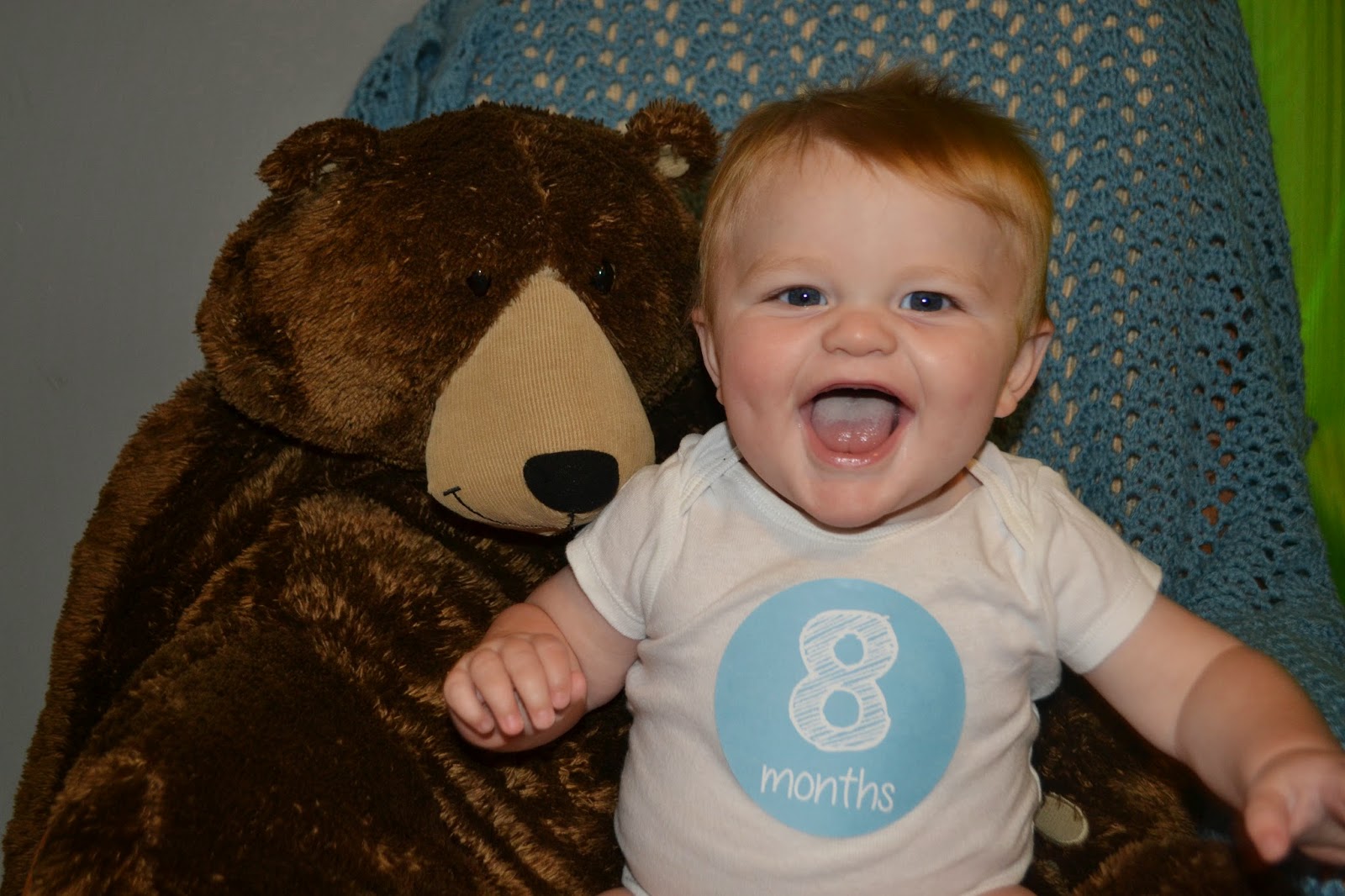 we went to the doctors late in the month because you had croup (and a surprise ear infection?) and you weighed in at 20lbs 13oz. considering i estimated your weight at 7 months to be around 18ish pounds .. i was either way off or you gained a hefty amount during the month! you definitely seemed longer to me! 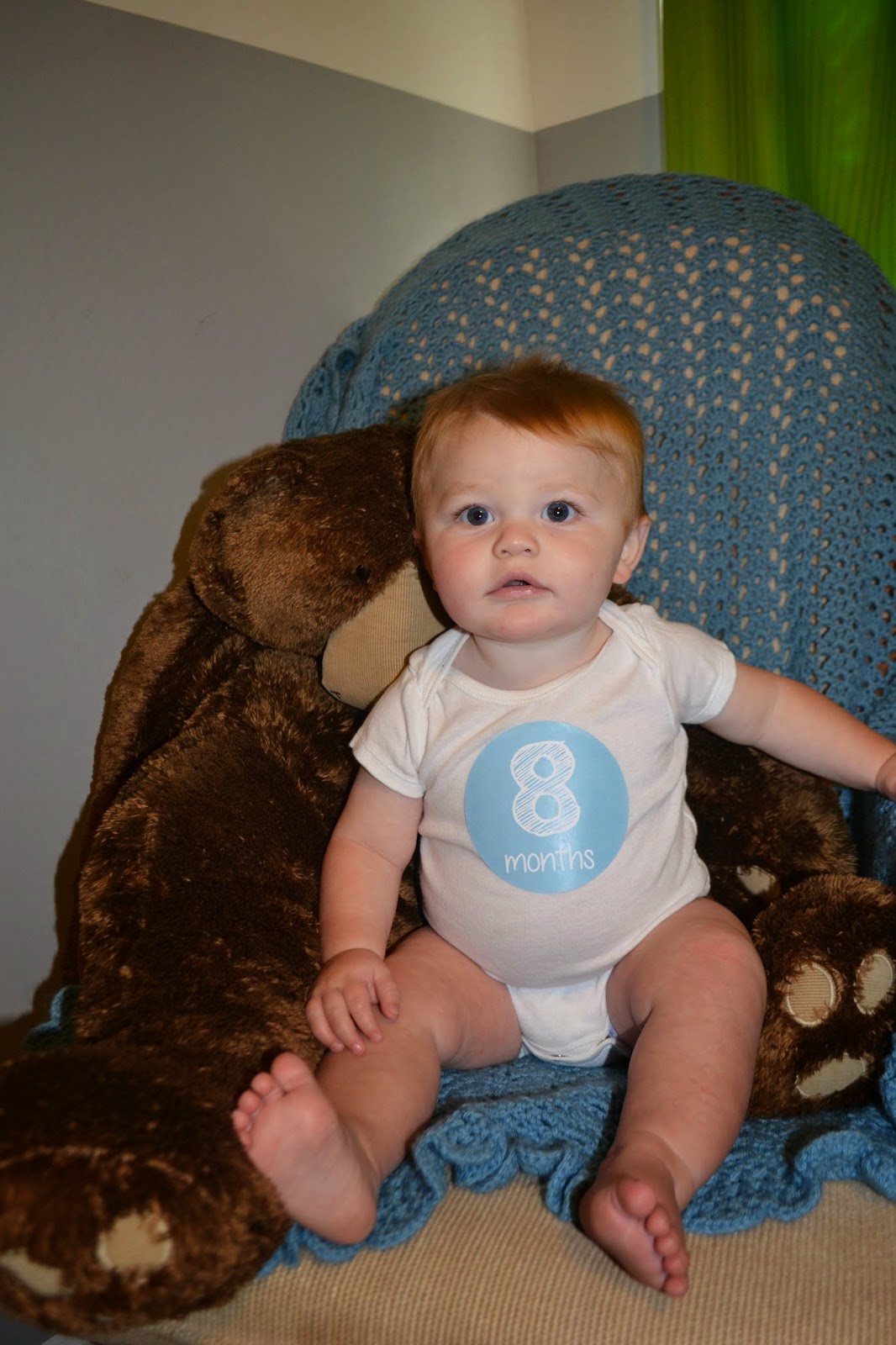 you are now an official crawler.
and you pull up on everything. you love to pull up on my bed or the couch and 'jump' while having a huge grin on your face. cutest, thing, ever!
you're also starting to clap this month! haven't gotten you to do it on demand but we're very close! 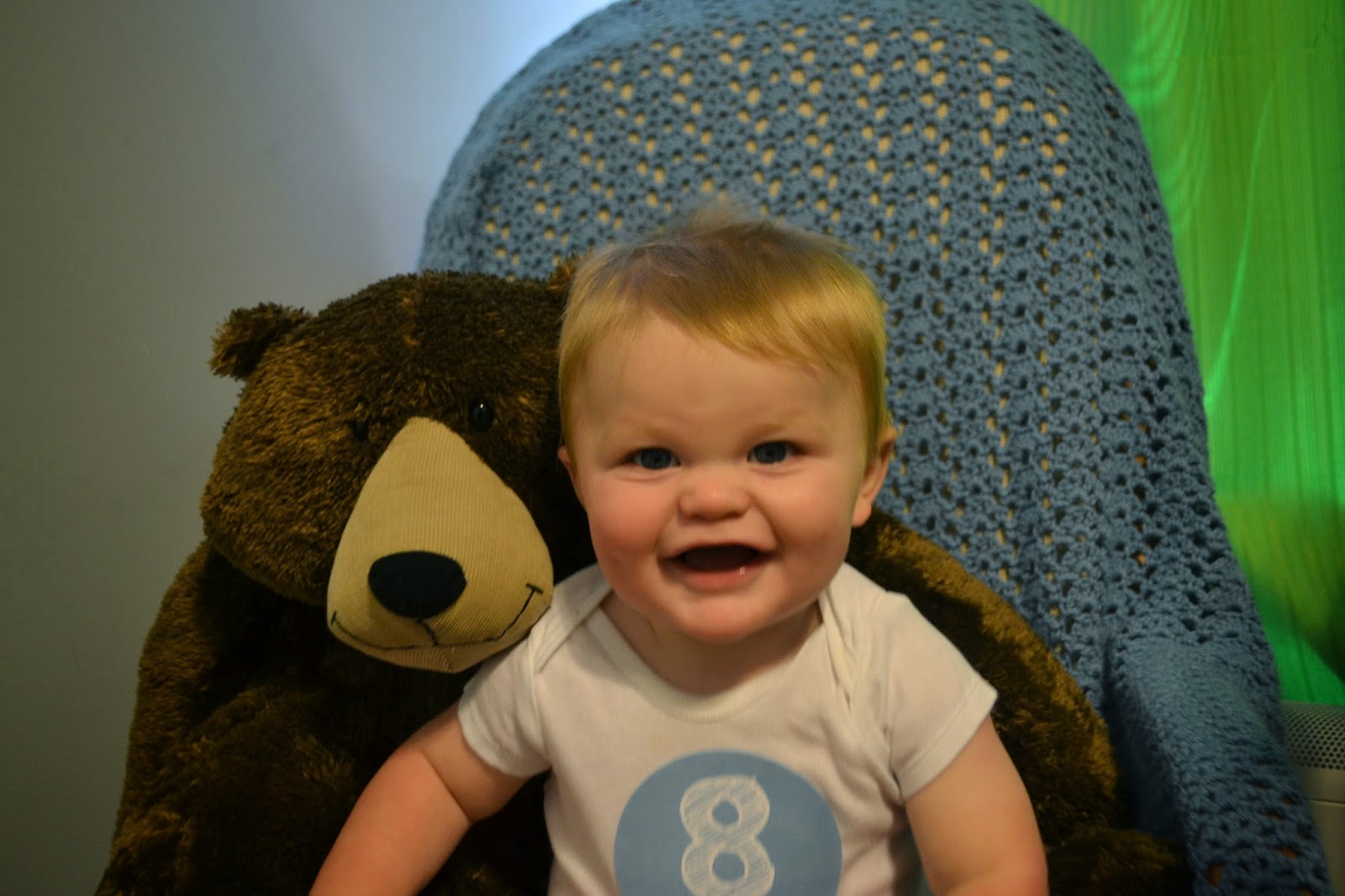 you eat just about anything you can.
we're around 5 (6oz) bottles a day .. maybe less on certain days. you would rather eat food than drink a bottle though.
so breakfast usually consist of banana, waffle and a yogurt.
lunch - cheese, bread and applesauce
dinner - typically whatever we eat - plus more banana or soft fruit!
not to mention anything your brothers leave laying around, you grab and eat.
you've already had peanut butter, honey, eggs and milk - you know, the things you aren't supposed to have yet! ;) 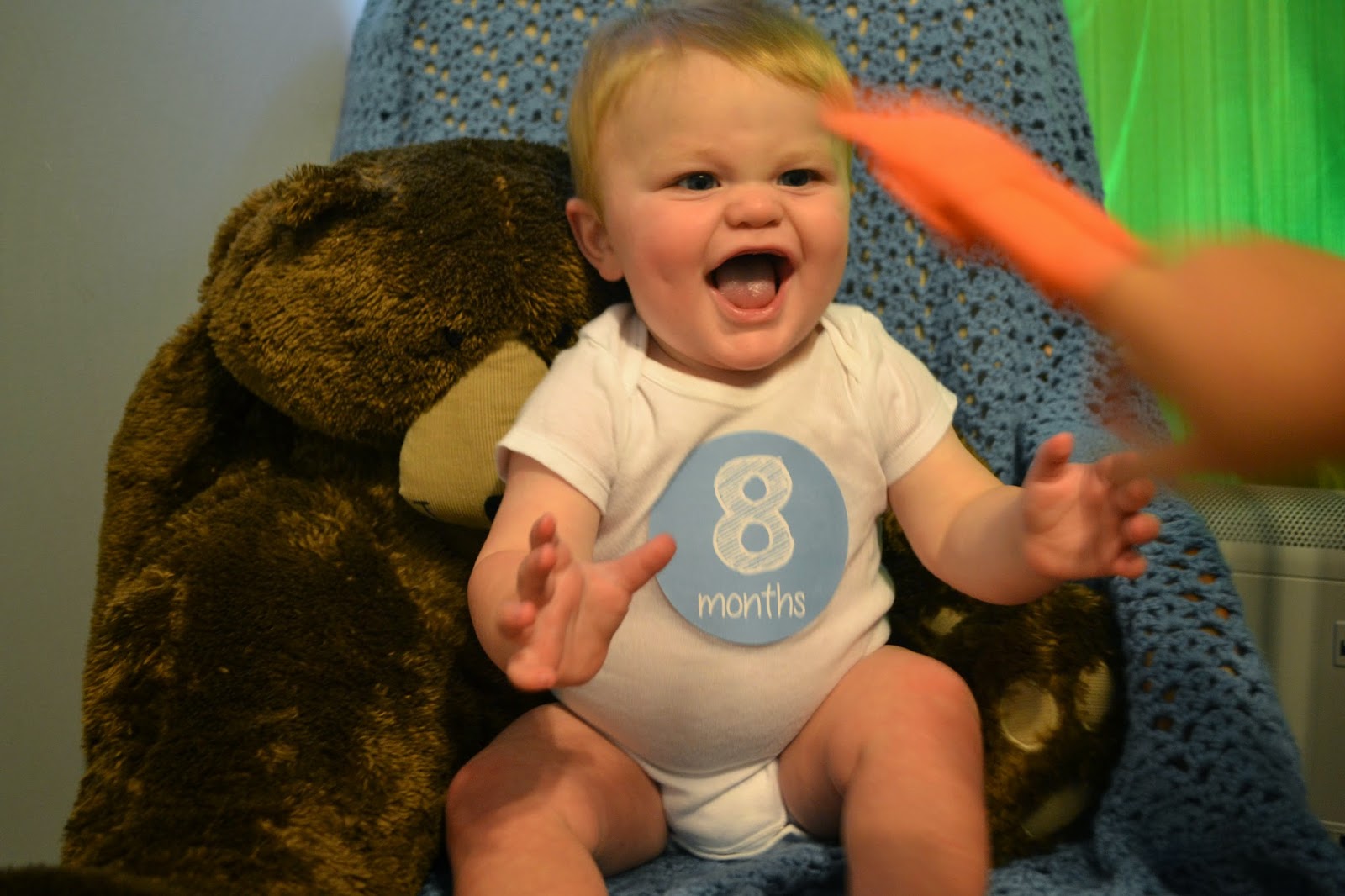 i forgot to touch on sleep last post … things have been pretty excellent in that department. since moving from the rock&play, you've been in your crib and you love it! you're so much like rhys in that area. sometimes it's hard getting you to sleep in places other than your crib!
you wake up around 8-9ish, go back down for a nap around 11:30-12 (and nap for 2-3 hours) and you're ready for bed again around 7:30-8. you pretty much always go down awake and as long as you have your white noise giraffe and crochet blanket, you're good to go! 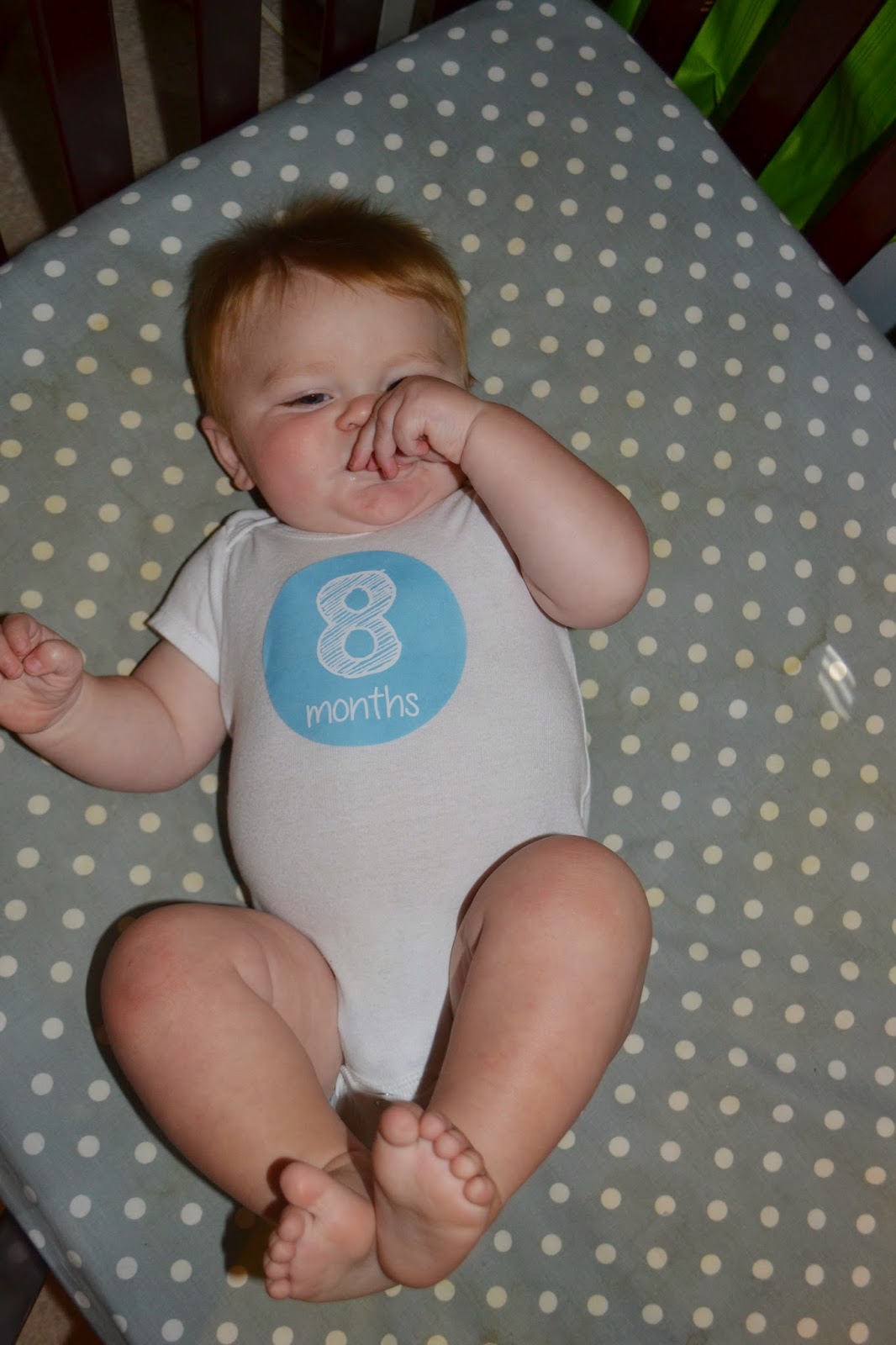 you can say 'mama', 'dada', 'baba' (for bottle) and occasionally i swear i hear a 'buba' when referring/yelling with kullen!
you absolutely love him, btw. you love rhys too, but it took you a while to come around to him .. likely because he's so rough. ha! 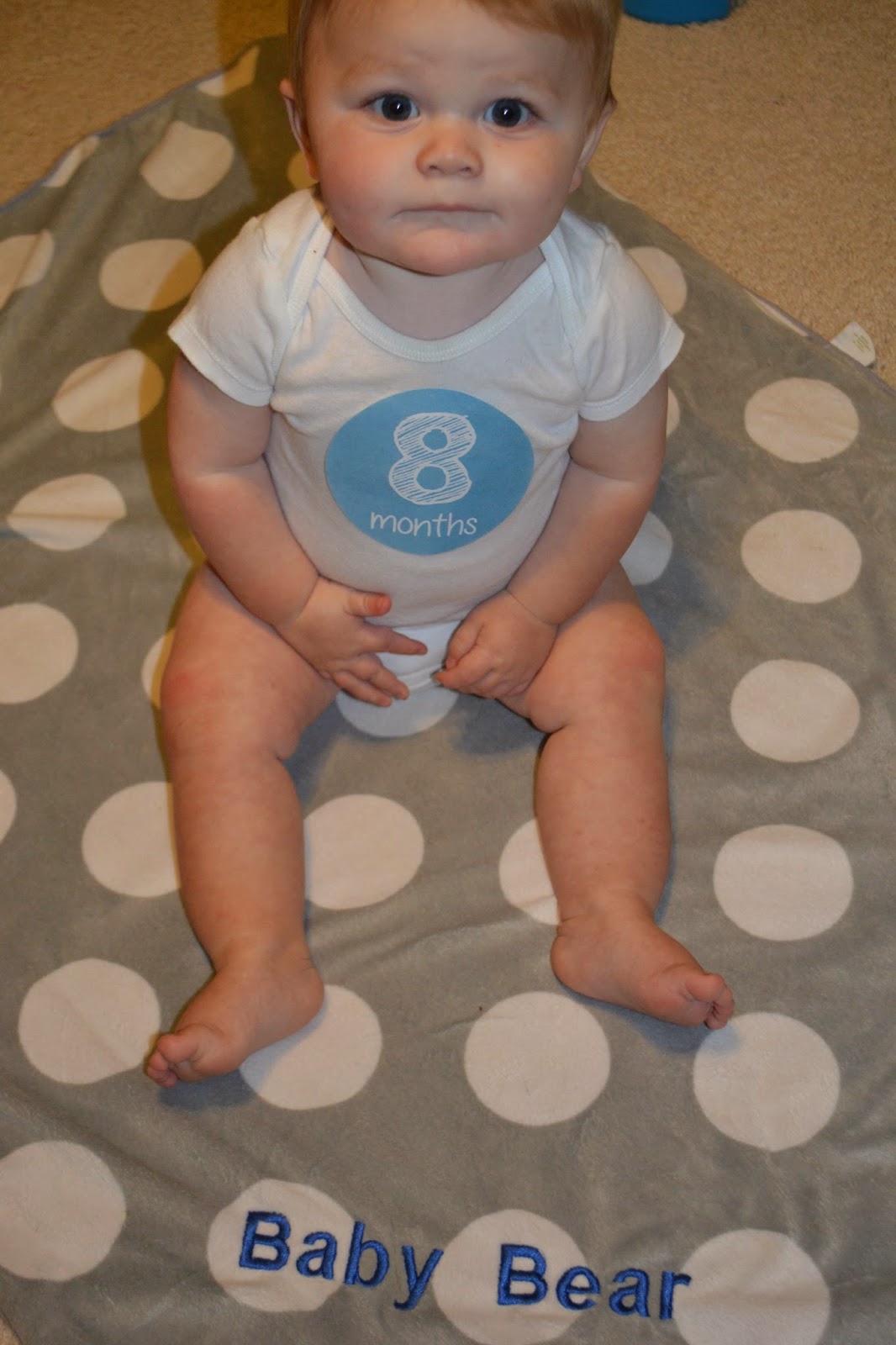 my baby bear is not seeming so much like a baby these days!

and for some comparison:
RHYS - 8 MONTHS
KULLEN - 8 MONTHS - kullen was around 8 months when i started blogging and i didn't start update posts until he was 11 months, so this picture will have to suffice!

Aw this is really cute. He is adorable :)