when given the opportunity to visit Marvel Universe Live - I was ecstatic.
not only because i knew it would make these boys YEAR - but, i kinda like superheros. especially thor! ;) 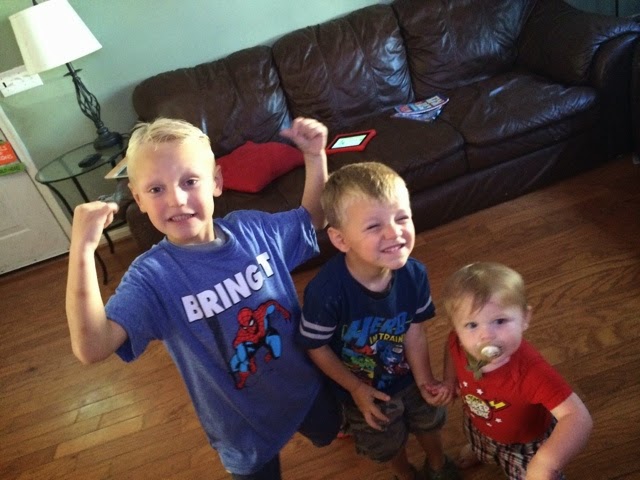 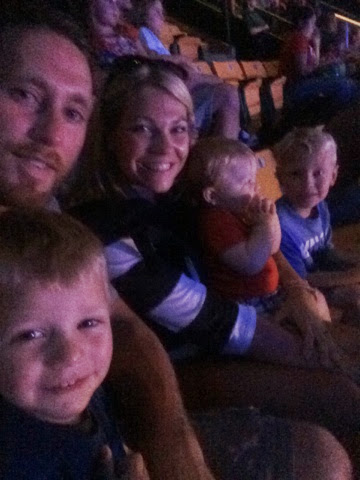 once we entered the building, we were surrounded by people in costume and pure excitement from people of all ages. it was awesome!We even met up with some fellow local bloggers :) (heather + melissa) 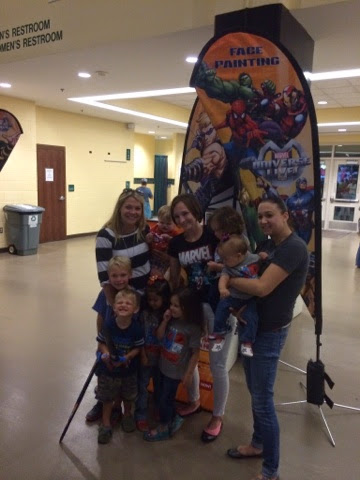 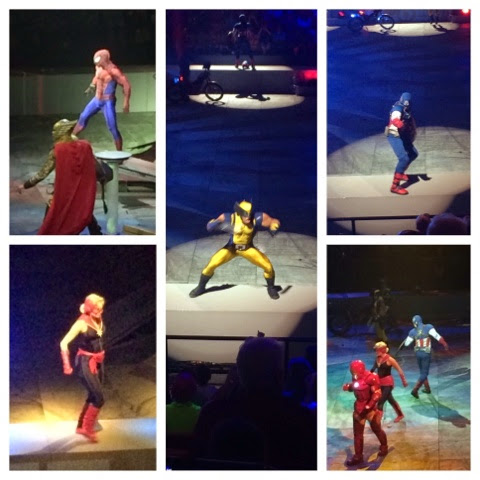 we couldn't wait to get to our seats! the boys were all smiles, all night! it was so hard to get their attention to even snap a picture, but we managed to get a few! 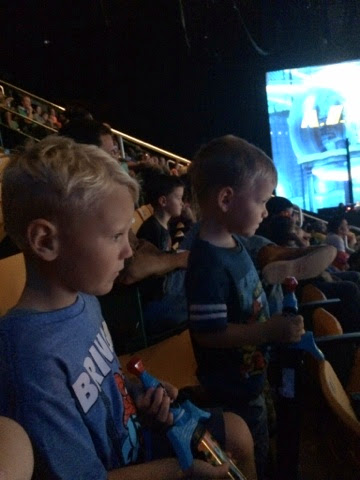 the show started off with a BANG! - literally! the boys loved the sparks and loud noises throughout the show! one time kullen even looked over and said  "woah, that made me jump!" they also liked when one of the bad guys caught fire! they kept asking "is that real fire??" :) 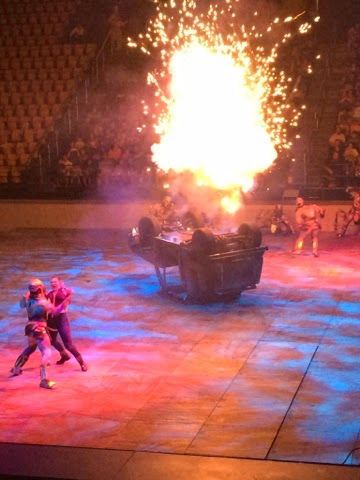 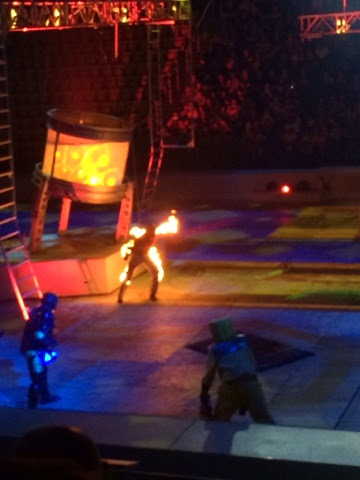 I personally LOVED the show. I was worried at first that the fire/sparks/loud noise would scare at least one of the boys, but all did well. (probably because we're used to LOUD in our house!). BUT - the premise of the show was awesome as well. The boys had no problem keeping up with the story line and paying attention! they cheered for the good guys and boo'd the bad! 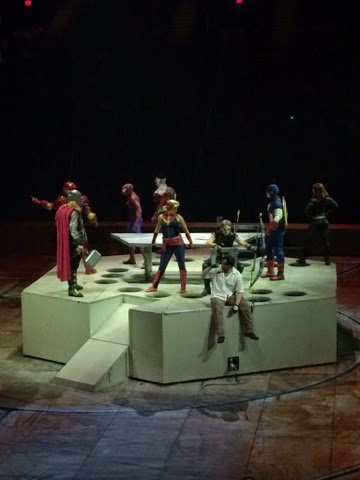 the story line was intriguing as well. Thor breaks up the cosmic cube to keep it from falling into the wrong hands. but, Thor's evil brother Loki manages to figure out a plan to clone it's powers and tries to obtain the pieces.
all the Marvel team - including the Avengers - assemble together to retrieve the pieces and reassemble the cube! 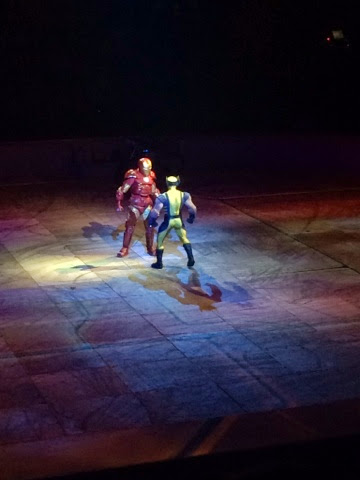 and apparently - Wolverine has an attitude! a few of his friends were held captive by Loki and he didn't want to take orders from anyone about the cube. he wanted his friends back! Hulk decides to go with him on his adventure! 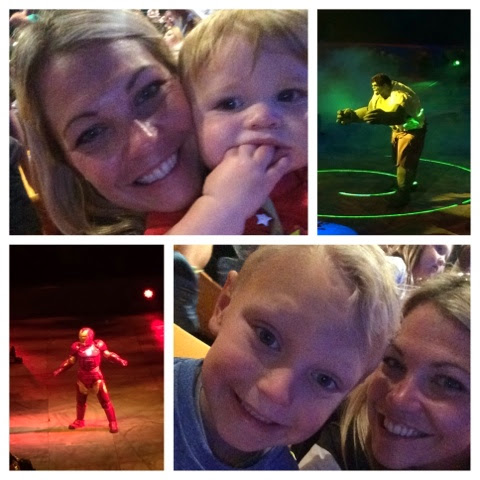 at the big show down, Bruce Banner finally HULKS and defeats Loki and his team of bad guys! 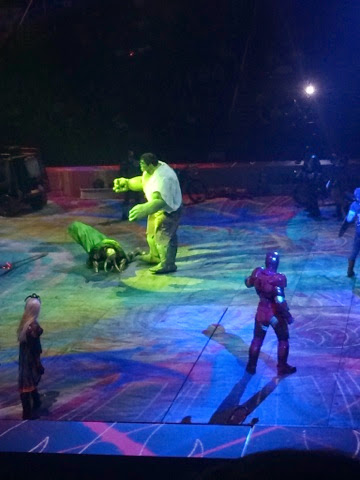 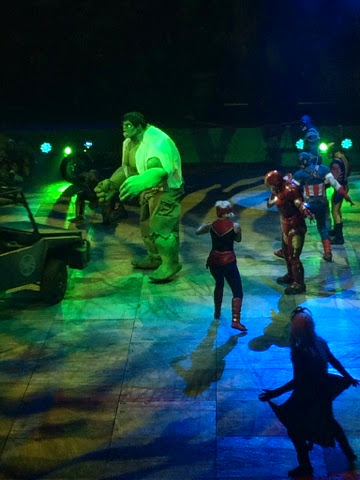 the finale was deinfiely the best.
all the characters came out and waved to the crowd.
my boys were SO excited to have spidey, iron man, captain america and thor waving at them!
[ok, i was too!] 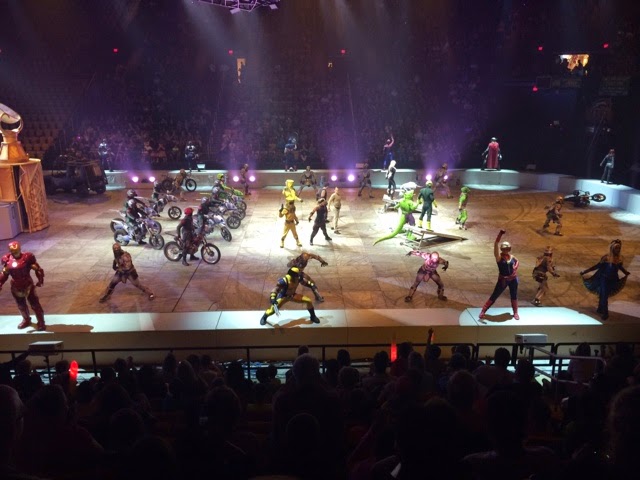 You can catch Marvel Universe Live at the Patriot Center though Sept 21st! Tickets are available through Ticketmaster!

I am a Feld Family Ambassador and in exchange for my time and efforts in attending shoes and reporting my opinion within this blog, as well as keeping you a devised of the latest discount offers, Feld Entertainment has provided me with complimentary tickets to Feld shows and opportunities to attend private Feld Pre-Show events. Even though I receive these benefits, all opinions on this blog are 100% my own!