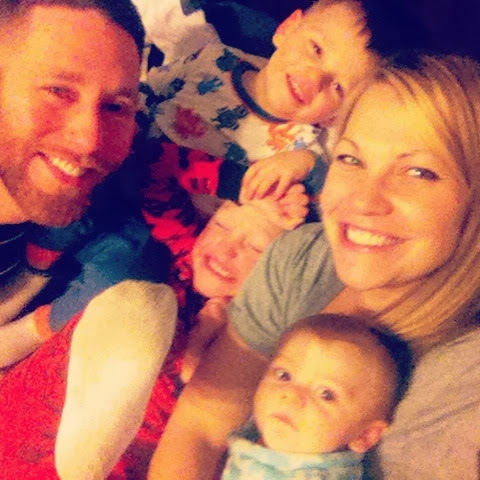 kaley:
- attended kath's bridal shower and won a game!
- attended kath's bachelorette in Arlington. what a blast! my car got locked in a parking garage so rode home with a friend!
- played chafferer to kullen and all his appts!
- joined a pool league with my mama and convinced a few friends to join!

kullen:
- had his bi-annual dental visit and got horrible news (12 crowns and 8 fillings. what?)
- had a second opinion dental visit - told he needed some work but NOT that much.
- had consult with pediatric dentist who is going to do the work in the chair. got to try on the 'elephant nose' (laughing gas thing).
- went to Monster Jam and had a BLAST!
- because of that, obsessed with monster trucks!

rhys:
- started heavily repeating EVERYTHING. awesome.
- mostly peeing/pooping in potty. only few accidents now and then.
- obsessed with hockey.

bear:
- so much more alert and talkative.
- still nursing, although have some difficulties in that department.
- awesome head control and strength.
- starting to love tummy time!