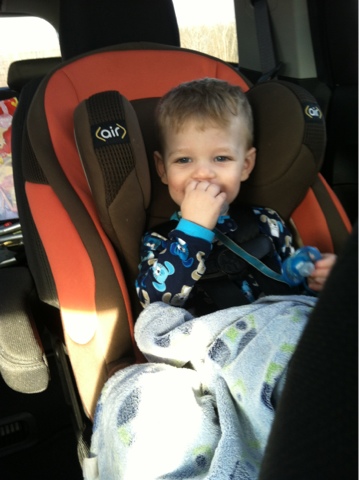 mister rhys is sucha big boy!
most people can't believe he's only 18 months! i usually get asked if he's 2 [or older!]
he talks so much and pretty well. [i suppose that's what happens when you have an older brother who talks ALL.DAY.LONG!] 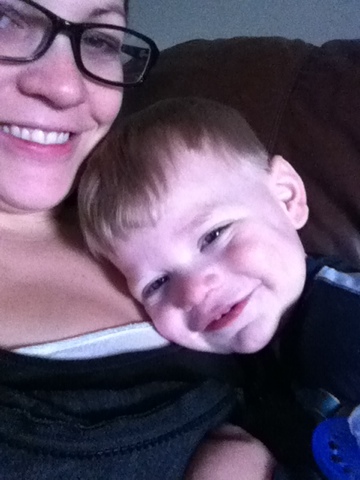 says:
everything. for reals.
his nickname is parrot because he will repeat anything [and most of the time remembers it too!]

loves:
caillou
animals
cars
playing catch/throwing ball
ninny/blankey/cup [those three usually have to go together!
doing anything big brother does 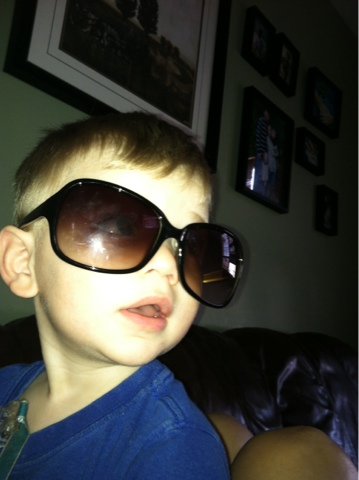 sleep:
he still takes a 2-3 hour nap each day. usually 12-2:30ish
goes to bed around 8-8:30 and will usually sleep until 8 the next morning unless it's a school morning for kullen in which case, i have to wake him up at 7!
and he DOES NOT like to cuddle before bed or be in my bed at all.
his crib is his place.

he is a MAMAS BOY.
don't get me wrong, he loves his dada but i think we're going through separation anxiety because he cries for me anytime i leave the room :/
he loves to cuddle on the couch - but only when he's tired! 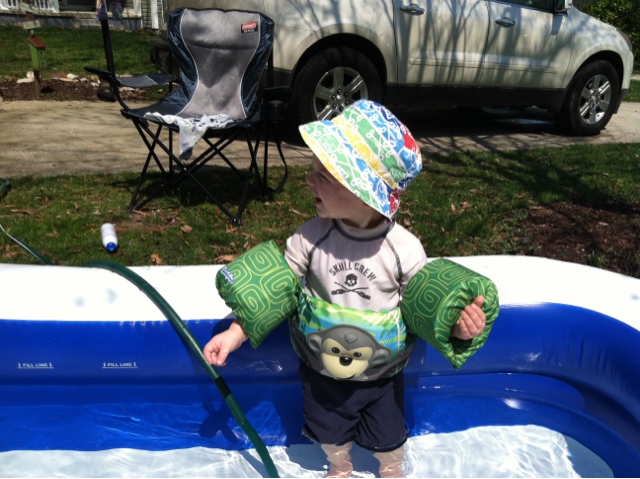 we're experiencing some major tantrums these days.
watch out world if mister doesn't get his way, that's all i'm gonna say.
sometimes we just have to walk away from him.
but for the most part ... he's a happy kid.
he loves everyone around him!
some of his favorite people [besides us 3 & kazi] are:
mimi
grandma
chloeeeeee
ronin
junior
zannie
papa goooooob
ck [mimi's cat]
aubrey
ryan

really - he loves everyone! haha

the other night he was sitting on my lap and we had a conversation that went like this:

HAHAHA. i was laughing so hard. i finally gave in and we watched mickey mouse.
but it cracked me up that he went through all his favorite shows!
& it surprised me that he knew that many. HAHA!