so, with everything going on - rhys'  ten month both totally got left in the dust. :(
i did take hims pictures but even those were late. instead of posting two 'growing up' posts back to back, i figured i'd lump them together.

between 9-10 months, not much changed. that big ole front tooth continued to grow and took over your mouth ;)
since that tooth was so big, and your iron was low at your 9 month appointment - we  began to feed you EVERYTHING. i basically cut out your baby food at this point and let you eat our food. you LOVED it. 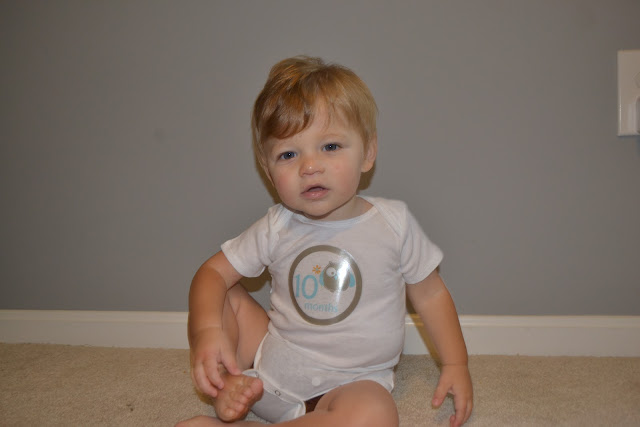 you also continued to cruise around the couches and pull yourself up on everything!

sleep and napping stayed the same - as long as you have your crib, you're good!

you are professionally saying 'mama' and 'dada'
and also, somehow, learned to drink from a straw. [something brother didn't do until well after he was one!] 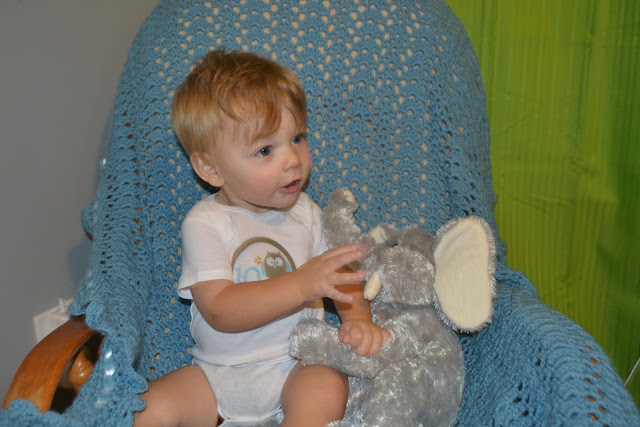 you're personality is really starting to come out and you love to laugh and play. you are the cutest little man and believe me when i say that my heart can't smile enough when you're around. 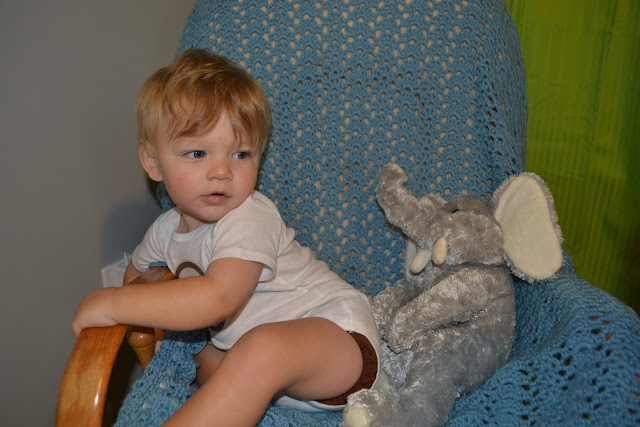 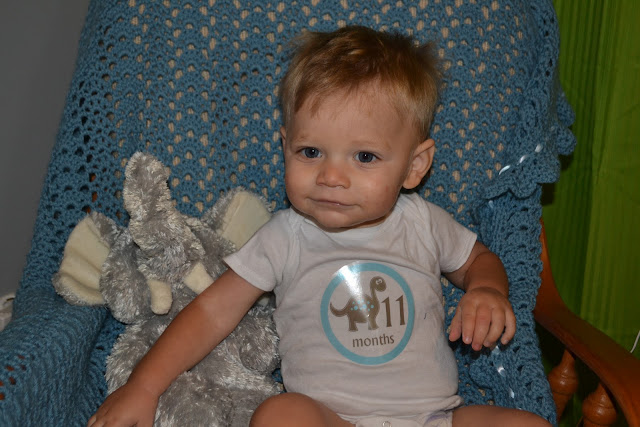 you started walking! just out of no where. as you'd cruise around the furniture - you'd begin to let go and take a step or two and fall. then one day, it was like 5 steps. then within like two days, we could put you down and you'd take off around the house. incredible! it was so weird for us to see such a small thing walking! brother didn't walk until after his first birthday so we weren't ready!

you've also began repeating things!
your favorite is 'no no noooooo' because i will always say that to you if you're into something that you shouldn't be. and you say it so cute and sweet [kind of how i think i say it to you, hehe]

you will also repeat brother when he says things. of course, you more pronounce the sound versus words but it's still so cute! 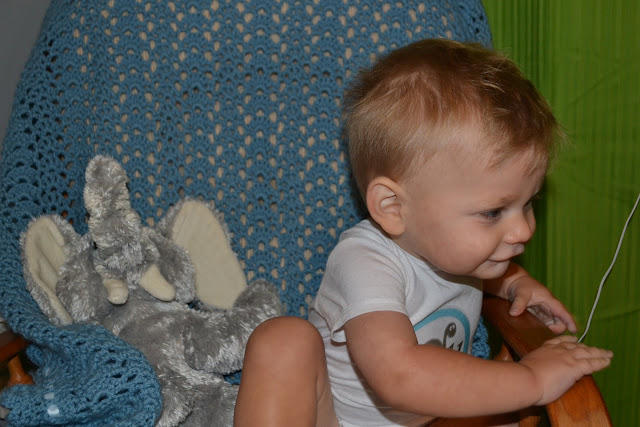 you're also sleeping through the night! you rarely take a bottle before bed these days. instead you'll eat dinner with us - which you out eat us all! after dinner, you'll get a bath and then play for about an hour with brother. then we kiss you goodnight and put you in your crib. sometimes you'll fuss or talk to yourself before falling asleep but mostly you go right down. on occasion, you'll wake up during the night and cry a bit but i usually let you go back to sleep without me going in your room. you'll wake up between 5-7am and i'll make you a bottle and go in your room to give it to you. i usually just hand it to you and leave and you'll drink some and go back to sleep.
[disclaimer: i never did this with kullen. i know a lot of people will tell you not to do this because it will rot their teeth or something weird like that ... but i honestly don't see the difference in me sitting in the rocker feeding him and then laying him back down immediately after or just letting him do it himself.] 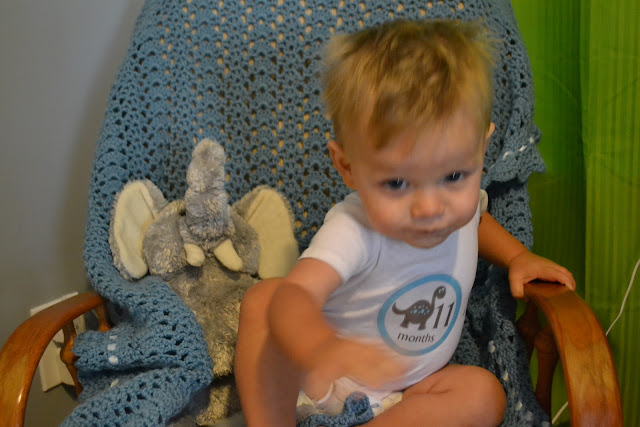 you also loving playing cars with brother [although he doesn't always feel the same!]. you've started moving the cars around on the floor in a back and forth motion and i just love it. you're definitely a little boy! :)

you're so much fun these days ... we all love chasing after you and getting you to try and repeat things we say! kullen really enjoys that part of being a big brother! ;) 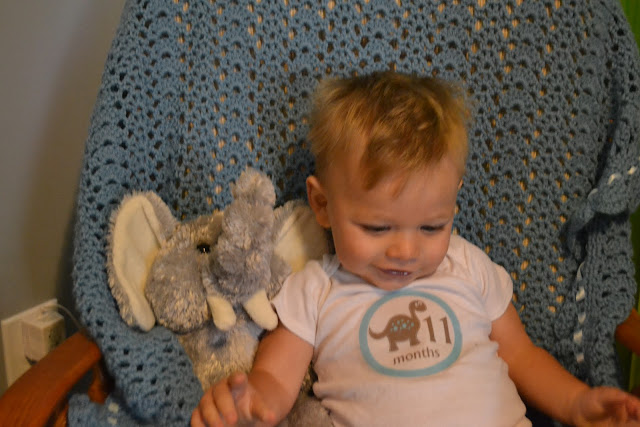 also, dude. when you ask me 'how come there are more pictures of kullen as a baby than me' ... i am going to have to tell you that you are the hardest kid in the world to get pictures of. you are ALWAYS in motion and try to run from me. needless to say, these pictures are the ONLY non-blurry ones that i got during our shoot! ;)

Its crazy how much he changed in just one month! He looks so much older! He's too cute and it's funny how different him and Kullen are!