that picture from yesterday ...
yes, that WAS me in an OB office!
no, it is not old picture.
& yes, there is reason behind it. ;)
[i'm not that weird to post a picture of me during a lovely PAP. haha!] 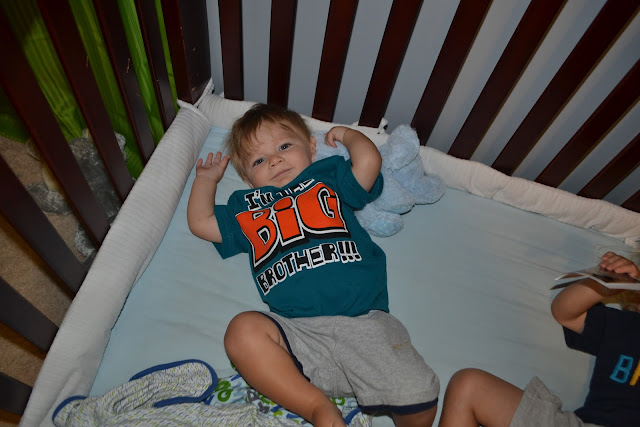 surprise!
guess who is going from little bro to big bro?! ;) 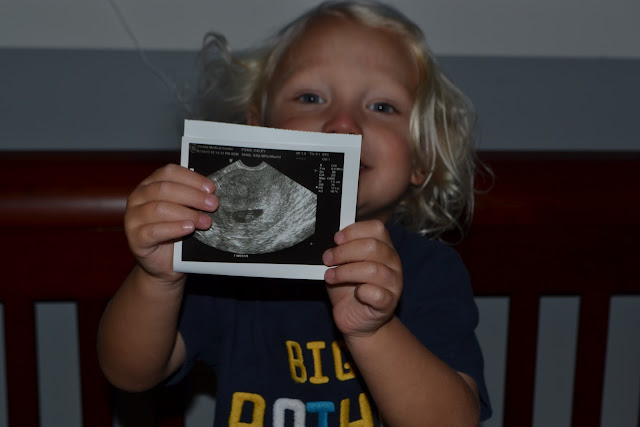 & this guy will be BIGGEST bro! 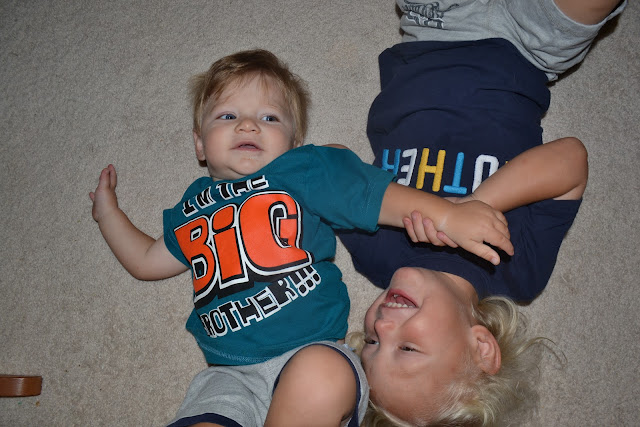 next year, i'll have a third one of these two.
Lord, help me!

*few details*
i'm not 100% sure how far along i am. LMP puts me at [a little over] 10wks. when i was at the doctor, the baby was measuring about 2 weeks behind so he moved my EDD and his calculations would put me at [a little over] 8wks. according to my calculations, there's no way i  am 2 weeks behind, maybe 1 but not 2 - just wasn't possible. so, i am thinking that i am between 9-10 weeks. i have another sono this month and that will give us a more accurate picture of when BP#3 is really due. but for now:
baby poag #3 - edd 3/11/13

i have been feeling fine. same as other two pregnancies with no symptoms and especially no sickness [PTL!]. i am anxiously awaiting my next sono to find out more!

why did i spill so early? it's hard keeping a secret. with kullen, i announced around this time. with rhys - i waited until 12 weeks and i don't remember it being so hard? maybe because it was winter time and i wasn't around people as much? but this time, i find it hard to keep it in! and i feel like some friends already know [you know, someone tells someone who tells somsone ...] and i'd rather most hear it directly from me!

so, secrets out blog friends! you're the first to know! ;)

You will be having him/her and I will be getting knocked up!!

Wow! Congrats Kaley & Poags! :)
I'm so happy for you... and sad since Rhys won't be the baby, that makes me feel like Addison won't be a baby haha. Weird feeling ;) And I kind of had a clue when you weren't drinking at play date hahah.

I made it out with the first batch of babys without crazy baby fever I pray this one coming in march doesnt make me want another one hehe!

Sooo exciting and I'm so happy for you!! We get to watch another baby grow!! Yay!!!!