RBBB presents Out of This World [giveaway]

Ringling Bros. and Barnum & Bailey® is Bringing the Out Of This WorldTM Circus Experience to Washington, D.C. Area 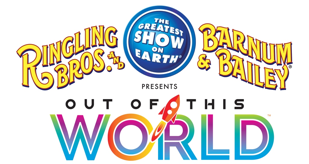 In Out Of This World, audiences will be riveted by an interactive, action-packed storyline filled with space-age family fun and technology, which deepens their connection to the performers. Through the lens of a magic telescope capable of discovering the most spectacular circus stars in the galaxy, they will join the Circus Space Fleet on a heroic mission of good versus evil to bring performers back to Earth, traveling to interstellar worlds of sand, water, fire and ice.

For the first time, the show features thrill skaters in addition to unbelievable performances by gravity-defying acrobats, majestic animals and hilarious clowns. Imaginations will run wild throughout the nonstop display of artistic athleticism, with acts seamlessly transitioning from floor to air to ice, a feat never before done in Ringling Bros.

Tickets can be purchased at all Ticketmaster outlets, by phone at 800-745-3000, via www.ticketmaster.com, and at the Verizon Center and EagleBank Arena box offices.

Finally, something has arranged in the I Washington for families, I was waiting for the event that allows family. Finally, i got it one.