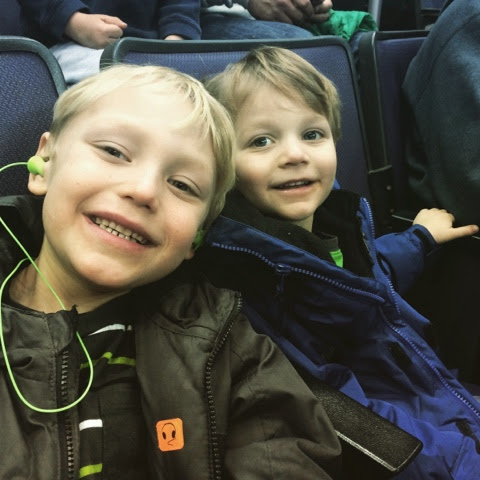 look at those faces - you probably wouldn't know that we barely made it to Monster Jam because the dreaded 24hr stomach bug got us. BUT - nothing will stop by boys from seeing the awesomeness of Monster Jam! this was me and rhys' first time at Monster Jam - and we were NOT disappointed! It was pretty loud in the arena but dada was smart and brought ear plugs! both of my kids were so engrossed in the trucks that I had to bribe them with ice cream just to get this picture! ;)

For anyone wondering (like I was pre-show) - the truck line-up was great! we saw:
Aftershock
Krazy Train
Backwards Bob
Crushstation
MegaBite
Stinger
Spike
and of course ... the one and only: Grave Digger

I suspect every town has different trucks but we were very satisfied with our selection! The boys did ask about Blue Thunder though! ;) 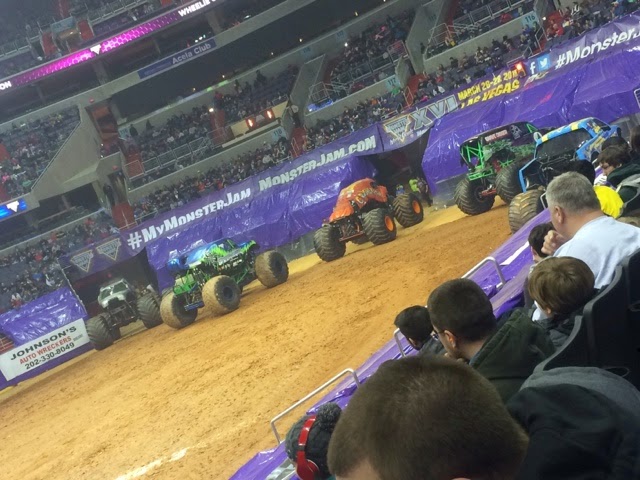 Spike was Kullen's favorite car. Likely because it was a dog! He wanted to take some pictures of his favorite: 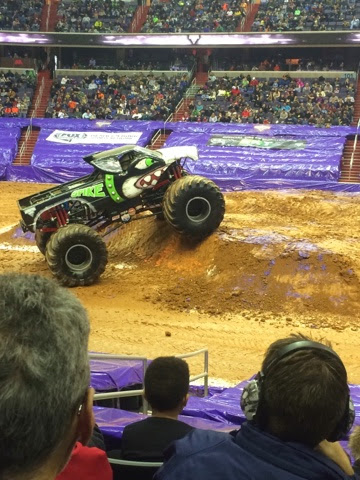 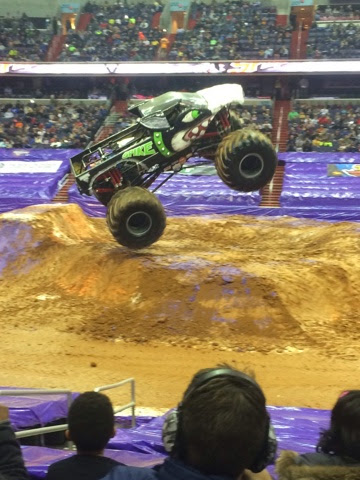 Stinger put on a great show for us! 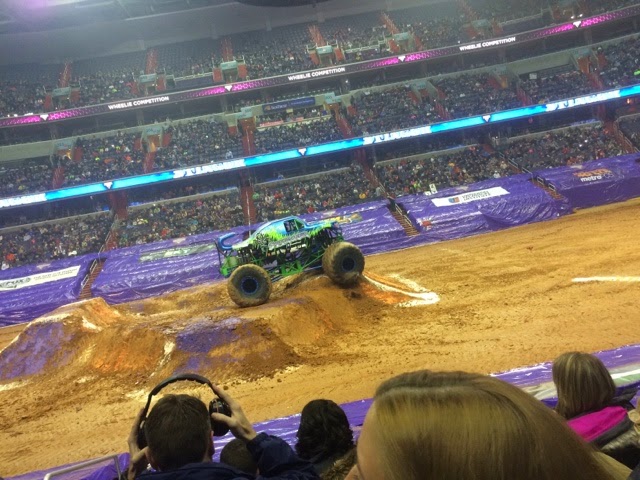 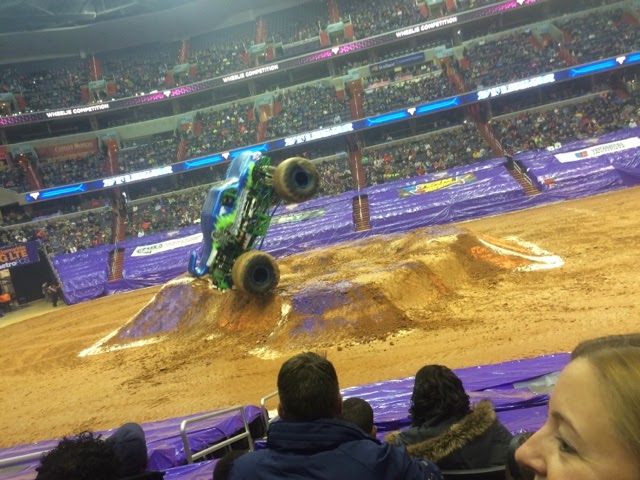 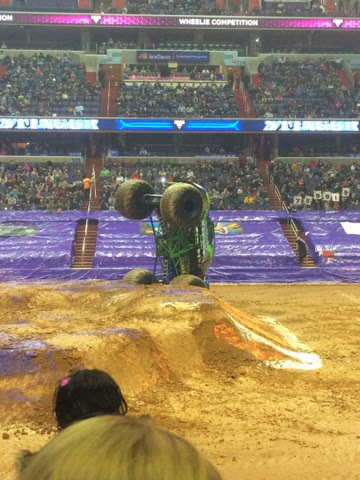 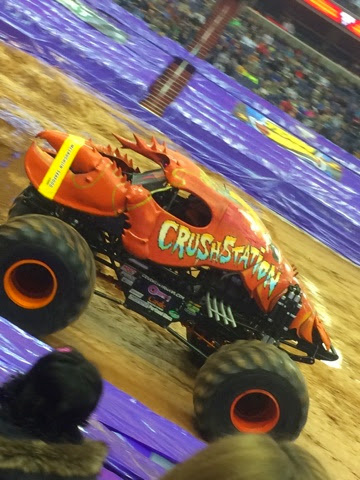 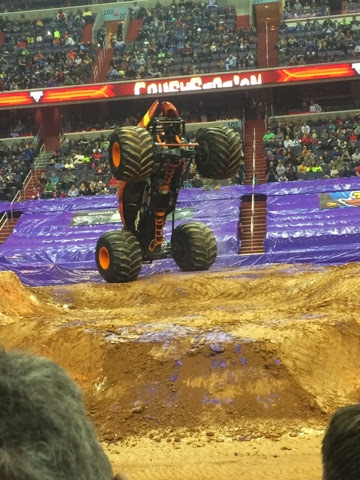 It was so cool to see the big trucks fall over and the men and equipment come out and flip them back over! 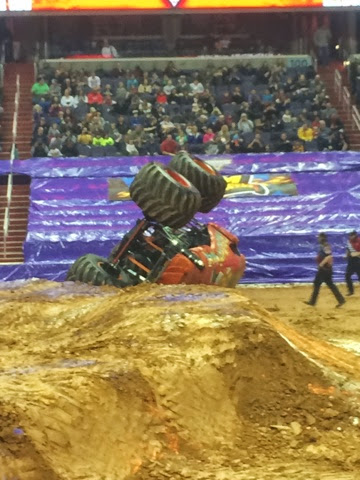 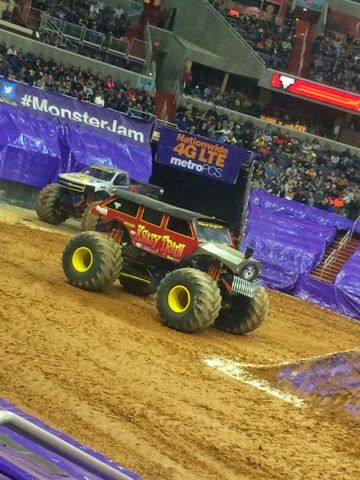 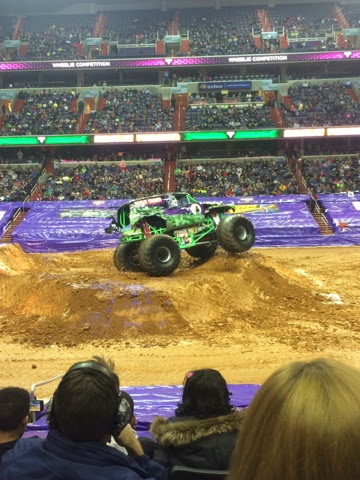 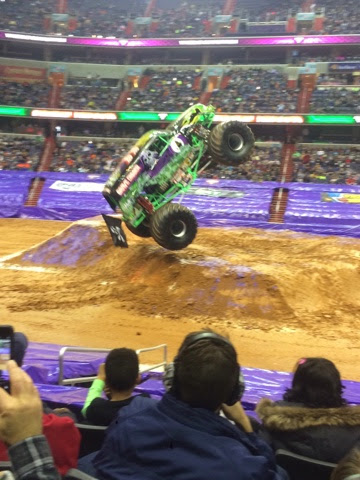 It was so much fun. If you're a parent of boys, I would highly recommend taking them! They will be on the edge of their seat the entire time - but definitely remember to bring earplugs or headphones! they do sell them there but they'll cost you $20.00!!!

There is tons of swag there available for purchase as well. If you hang out after the show, you'll have a chance to get autographs from the drivers which is really neat!

I am a Feld Family Ambassador, and in exchange for my time and efforts in attending shows and reporting my opinion within this blog, as well as keeping you advised of the latest discount offers, Feld Entertainment has provided me with complimentary tickets to Feld shows and opportunities to attend private Feld pre-Show events. Even though I received these benefits,  all opinions expressed are 100% mine!