yep, that's basically how i feel every time i see someone breastfeeding.
now, hold on a sec. before you head to the comments to tell me off - or write a blog about a local girl hating something so magical, special, natural, amazing … it's not what you think.
i hate to see it because i'm not doing it anymore. and i'm jealous. and it's not because i didn't want too, it's because ... i just can't.
let me explain.

before bear was born, i knew i wanted to breastfeed. i knew that i wanted to give it my all even if i hated it (like i did with rhys). so when he was born and the first time he latched, i was positive about it. then a few hours passed and it was still great (no pain!). then a day passed and still, it didn't bother me at all. there were times when i didn't really ENJOY it (i mean, i was tired and just pushed out a kid for goodness sake!) but overall, i felt i had this breastfeeding thing under wraps.
then they tell me that my boy is tongue tied. BUT it's not mandatory to clip the tongues anymore and since he had been feeding fine … not to worry! if there was a problem, they'd already know. mmmhmmm ... 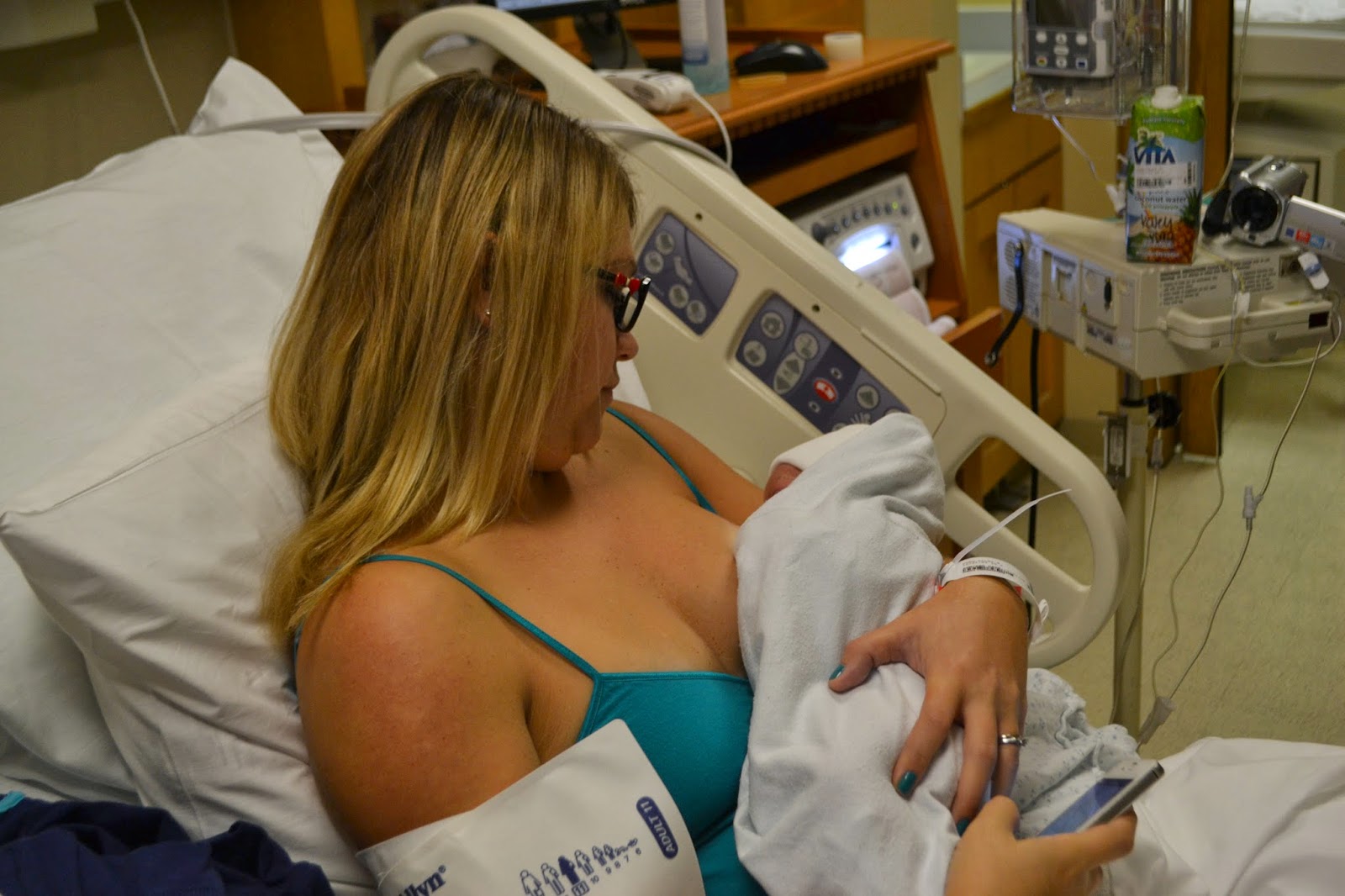 fast forward to bears 4th day of life. we had our scheduled doctors visit and i happened to mention that i hadn't noticed a wet diaper since the previous night. well, yeah - that's not cool. after catheterizing him there in the office and hardly getting a drop of pee, off to children's we went. we spend the night and next day there pumping him full of fluids and me pumping and nursing constantly. i probably should have noticed something then. [diagnosis - he was severely dehydrated. hm, wonder why …] 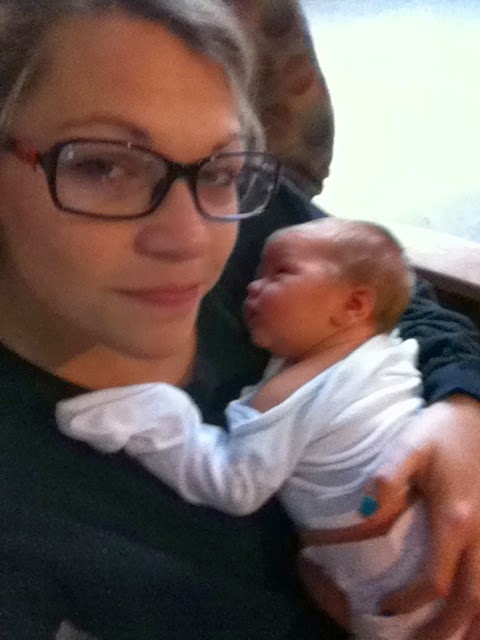 after that, bear continued to be monitored and hardly gained weight. i would supplement (per doctors orders) and he would gain a bit but nothing substantial. (he was finally back to birth weight at 2 months old)
throughout this entire time, anytime that i would pump - if i was lucky, i'd get 2oz.
now, that's all fine and dandy at first but as a baby grows, they need more than 2oz. every one would say 'don't worry, they can get more through nursing' so i just kept doing what i was doing. i remember one time pumping 4oz (even though it was like 3 out of one and 1 out of the other) and i was ECSTATIC. it never happened again. this is what i'll miss the most - the post nursing snuggles.

throughout the next 2 months - i kept doing what i was doing. nursing, nursing, nursing .. supplementing when necessary and pumping anytime in between. then he just slowly started refusing the breast more and more. our routine was nursing, bottle feeding and then closing off with nursing. i just wasn't producing enough for him.
i would pump every chance i got. i would get no more than ONE ounce. so basically it would take me SIX times of pumping before i got enough. awesome, right? 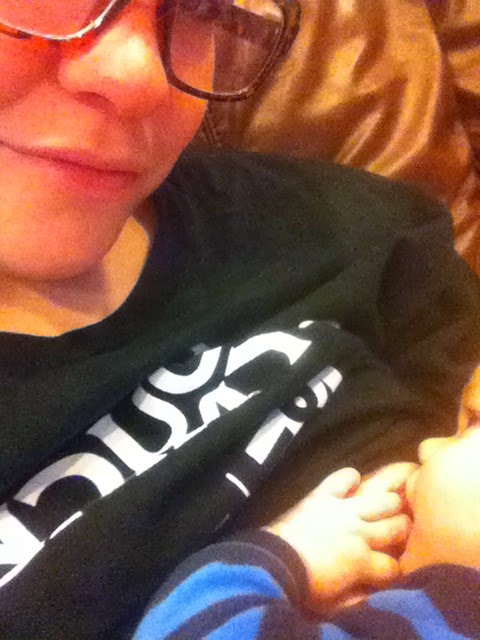 but again, before you give me advice on how to increase my supply - let me tell you, i did it.
oatmeal? ate it every morning. and i don't even care for oats.
water? drank it. a lot of it.
mothers milk? drank it.
nursing support? also drank it.
fenugreek? took it, 2 pills, 3x per day.
blessed thistle? ALSO took that - 2 pills, 3x per day.
vitamins? took them. and GOOD ones too. (arbonne women's daily vitamin)
power pumped? did it.
lactation consultant? saw one.

seriously, nothing worked for me.

so, we brought up the tongue tie to our pediatrician again. she referred us to a specialist at children's who said it definitely needed to be clipped. and so we had it clipped.
unfortunately, we were too late. had we of done it sooner, it would have helped correct his latch therefore helping me to produce more.

the lactation consultant said that everything bear and i had went through was likely due to his poor latch. even though he WAS latching and it wasn't painful - it wasn't a correct latch therefore meaning i never established a proper supply. he got used to eating so little (failure to thrive) and my supply never adjusted to what he needed.

there are so many things that i wish i had done differently.
mainly, i wished i would have researched tongue tie early on and pressed for the correction.

but, it is what it is i guess.
the thing is … i'm truly sad about it. with my other kids, i couldn't wait to be done. i hardly lasted. this time it was 5 months. and don't get me wrong - i still try to put him to the boob now and then. even though i haven't nursed or pumped for three days now.
i just … i hate my body for not doing what it's supposed to. i hate the doctors for saying he didn't need his tongue clipped. i hate people who brag about an over supply of milk (although i shouldn't .. it's not like it's intentional towards me. haha) i'm just full of hate these days.
ha, i guess it's my adjusting hormones … !

maybe things will be better next time …. 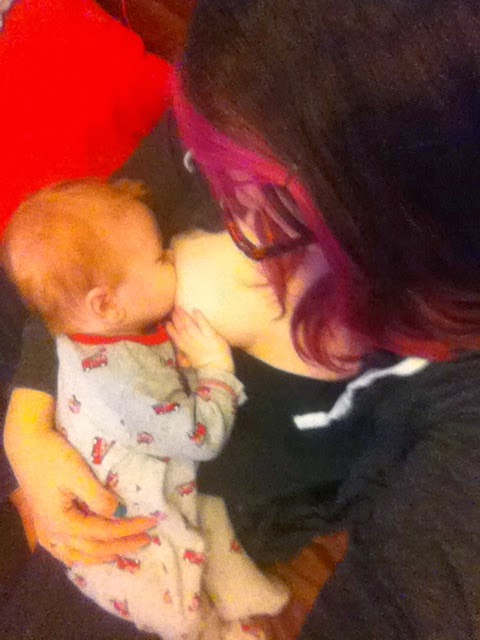 When i went through this blog i didnt really understand it. But when i read it twice it increased a sense of curiosity .Thankyou for sharing