zip it or I'll break ya hip!

I had to run to target today and decided to treat myself to a coffee (bad mood kale because it's rainy here in MD)!
as I was waiting for the barista to make my frapp ... an old man sitting down asked how old Rhys was. we chatted a bit and he told me he just welcomes his first great grandkid into the world! he told me that he was 81 and he was telling the L&D nurses not to let him die before meeting his great grand baby! ... he was a sweet and funny old guy ... until he asked me how old 'she' was. I told the man that HE was turning 3 in exactly one week!! and his response? 'my, she is such a beautiful little girl!'

ugh. you'd think someone who's been around for 81yrs - would know that nobody (in their right mind) would dress there little girl like this: 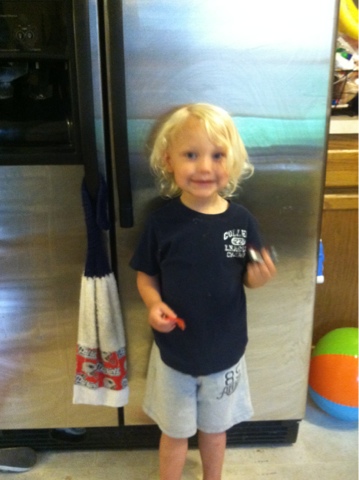 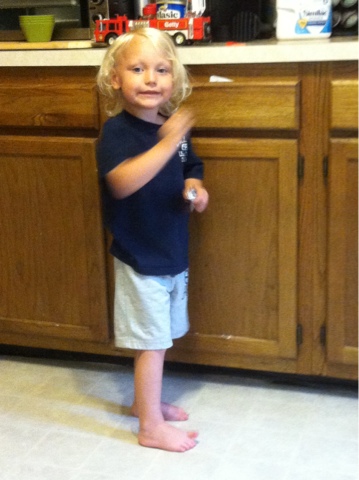 HAHAHAHAHA. now tell me that boy doesn't need a haircut! ;)

I would probably dress my little girl (if i had one) like that...haha