in the flashback friday

since i haven't uploaded my pictures lately [slacker!] i decided to participate in a mix of two prompts! 'flash back friday' and 'in the photo friday'. i found 'FBB' over at Christopher & Tia  and this is my first time participating :) i found 'ITPF' over at La Buena Vida's blog and just now realized that she's no longer hosting [at least, i think she was the host/creator] it! i guess i'm the only one in blog land who still carries the tradition on? figures!  anyway - here is my picture. i even edited a bit to make it look vintage even though its really not THAT old. it's just pre-baby [aka, pre-fat!] and check out that oldddd camera in my hand. that was my first diggy! 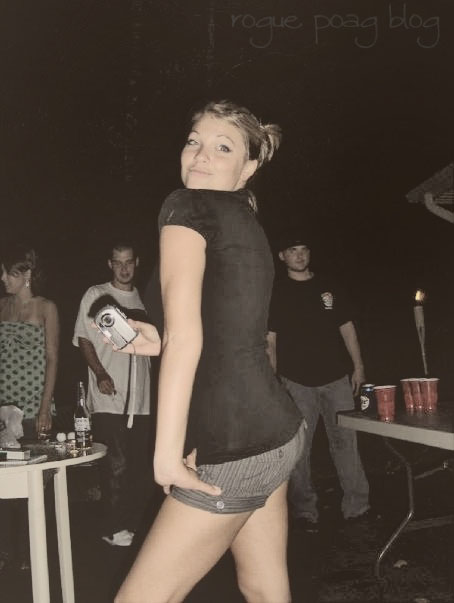 [check out those SKINNY legs and arms and cute little figure. where has THAT gone?!]
sunday is my hubby's 27th birthday! :) we are going on a date tonight to Ruth's Chris and i am SUPER excited about it! it's been since August that we've been out, just the two of us! at least, i think it has. i'm also excited to give him his birthday gift! i'm going a little 'all out' this year but he deserves it, big time! he has been so amazing this last year with me and kullen both, he deserves some appreciation in form of monetary gifts! ;]
i hope to get back on the blogging track here soon. things have been a TAAAAD crazy around poag land! bear with me and stay tuned for a very important announcement ;]﻿

I miss my 'before figure' too! lol. You still look great though Momma! What's the announcement??? Are you pregnant??? lol. Enjoy your date night, you always need those :)

I told you this before but Im just gonna tell you again, your butt looks GREAT in those short ;)

ditto Aubs! this has always been one of my favorite pictures of you. but for the record, I think you are even more beautiful now than you were back then!

also, mine and Sean's skinny asses are in the background! this is right after we first met!