as always - late with the posting but life has been crazy lately! in preparation for kullen's first birthday, cleaning house for visitors and seeing my pea, who is in town from NOLA, i haven't had MUCH time!
i mentioned in a previous blog that we had to come back a day early from myrtle beach for adam's graduation - which was on june 5th. it was held at Martin's Crosswinds in Greenbelt and was REALLLLLY nice! it was also realllllly nice to see my hubby all dressed up! he cleans up pretty nicely! 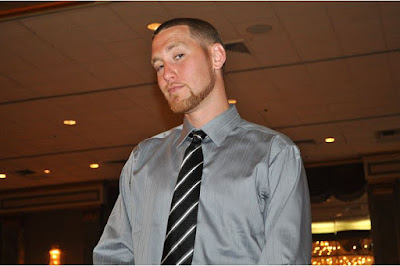 anyway - they served us dinner while tons of 'bigwigs' gave speaches about the graduating class, which was a littttle boring but we survived :) finally, they called adam's group up to receive their diploma and other goodies (such as a tool box and a few tools) they had each students name, picture and each degree they had completed on a projector screen and displayed it as they called each one up to receive diploma. 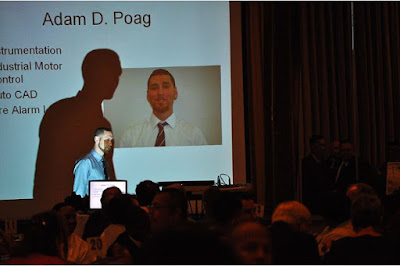 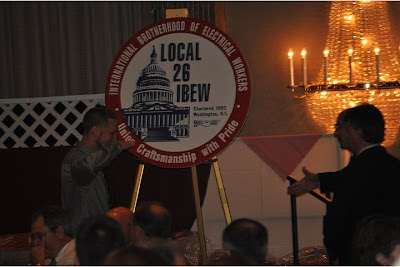 it had been a longgggg and trying 5 years for adam (and myself) and he had overcome a few 'minor' obstacles during his time, but all in all - he completed and made a name for himself. a lot of older guys - teachers and board members - know who he is and there is something to be said for that. with a graduating class so large there are some students who pass under the radar without being known (not that it is a bad thing) but when they called adam's name, i have to be honest, i was a litttttle suprised to hear more than just myself and adam's mom hooting/hollering/clapping! :) it made me smile, and i KNOW it made adam smile! it's nice to see HIM proud of himself as well as other people. it was nice to walk through martin's with him and have so many people shaking his hand and saying they were proud of him. it was especially nice when an older gentleman came up to him and asked him when he was ready to come back to his company. the guy was from adam's original company - the one who got him started and helped him get into the program. i know adam wants to go back to that company so to have someone come and ask him when he was planning on coming back, made us both happy! not only is it local but one of adam's friend - who also was in the graduating class - works there. in my mind, i can just picture the two of them taking over that company someday! HAHAHA :) or maybe starting their own! at this point, the opporunties are limitless .. even though i know adam plans on staying with TA until they finish their current project, i look forward to what the future holds for the both of us! 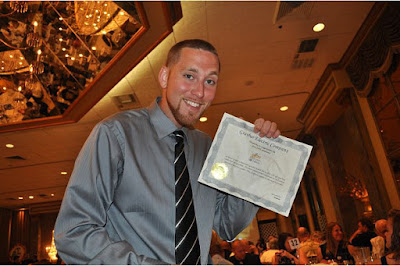 a VERY proud member of the Local 26 IBEW 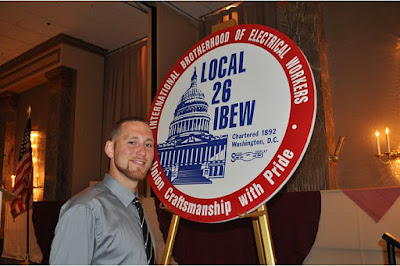 and as a VERY proud wife - i just had to post something dedicated to my hub! he works so hard and i am thankful for him.
congratulations to the IBEW Local 26 class of 2010!

Congrats to you and your hubby! :)

Congratulations Poag family!! Great things are happening for you :)

Awww so proud of him. You have a good hubby!!! Also this is the first thing i have read on here and you are a good writer!!

I know this is late, but grandy and I are so proud of you and adam. We sometimes burst buttons as we brag about you all.