as of today - i am the mother of a boy in kindergarden! technically, he still has 2 days of school left, but he officially promoted today. 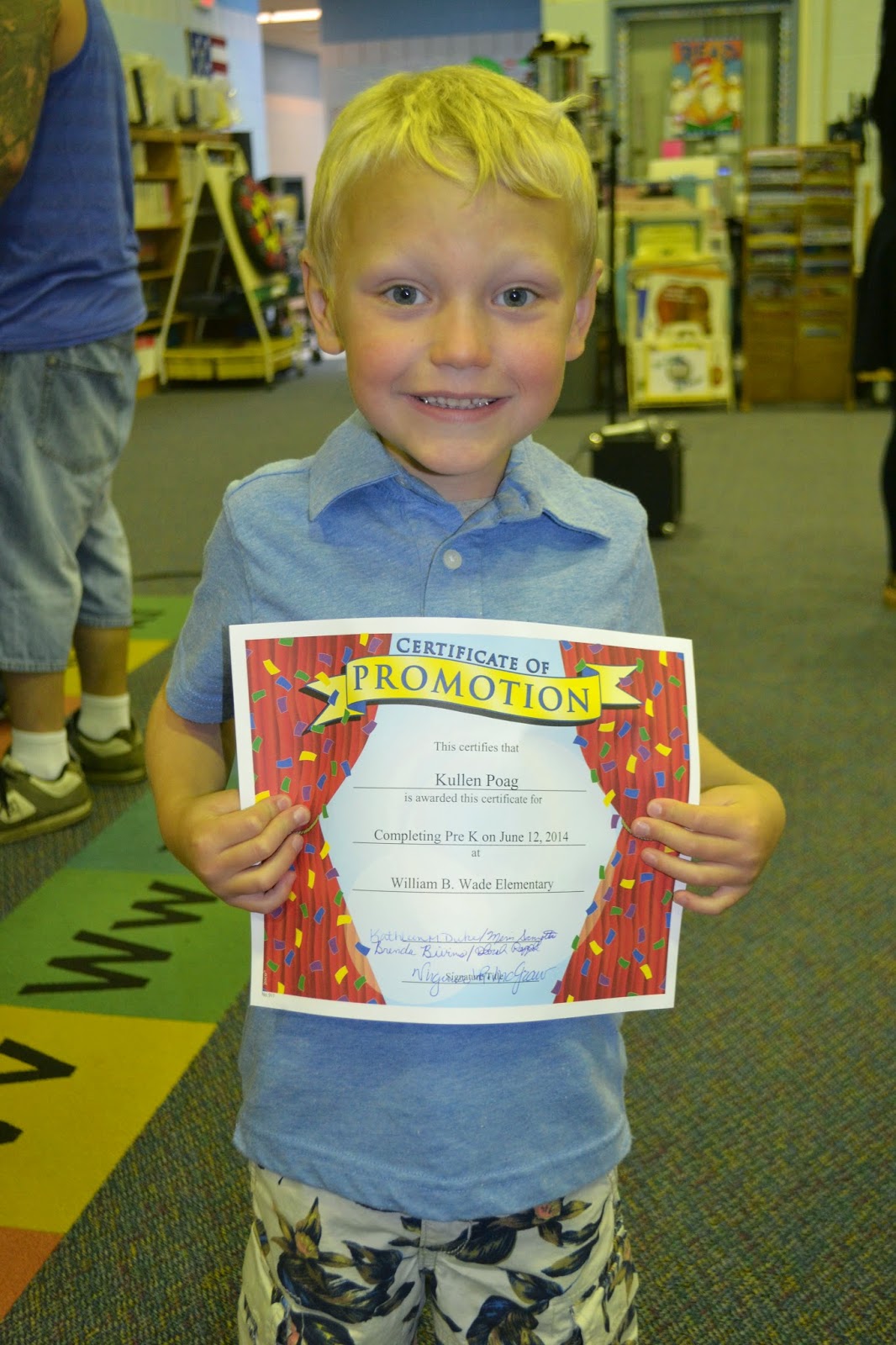 he was so excited for us all to be there! dada, mama, rhys, bear, mimi and grandma all made his 'program'! his individual part in the class program was 'speckled frog #2' … and he had been practicing for weeks. they also did "brown bear, brown bear" which he knows by heart now, a number rhyme and his ABC forward AND BACKWARDS! :) 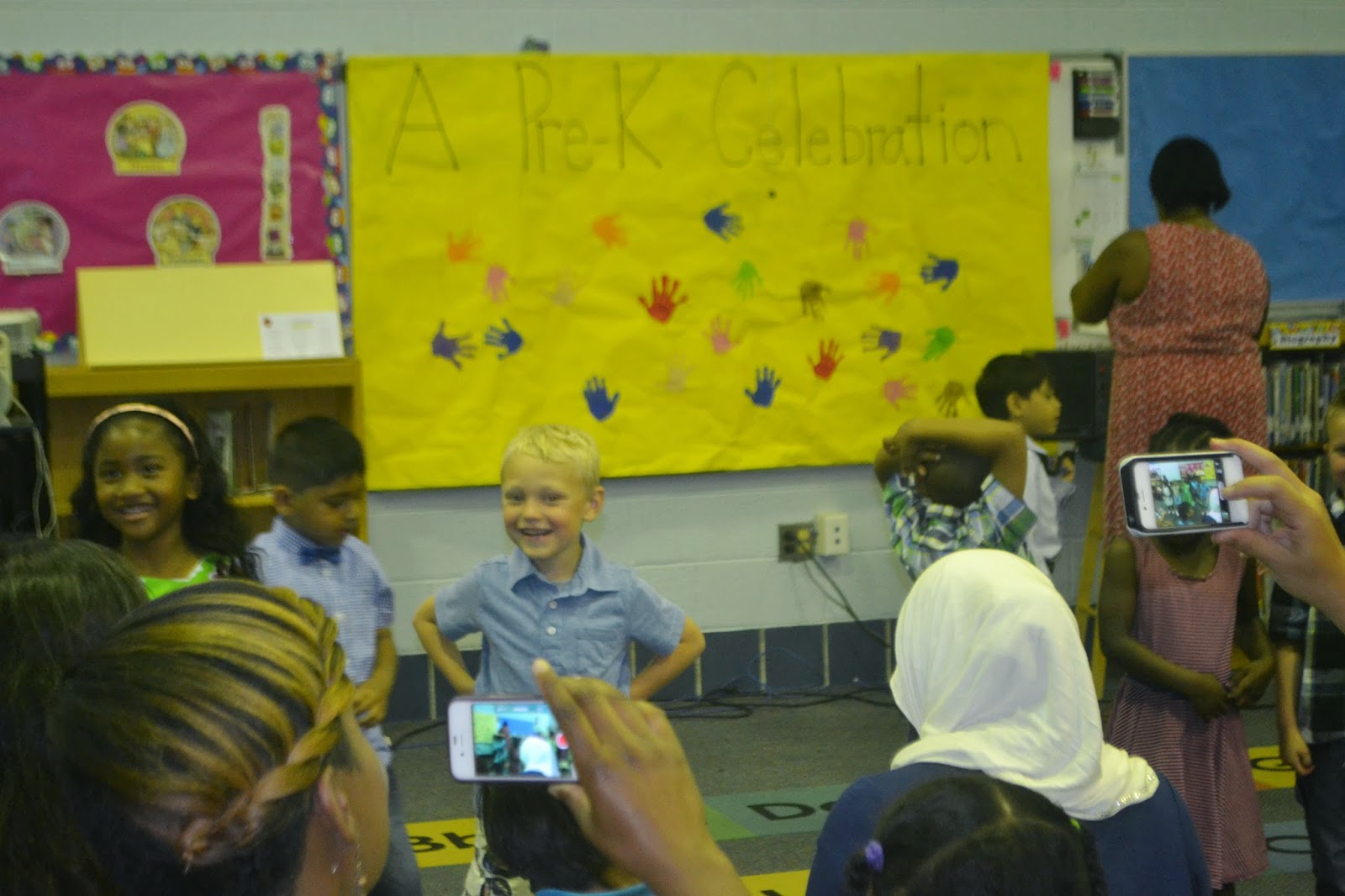 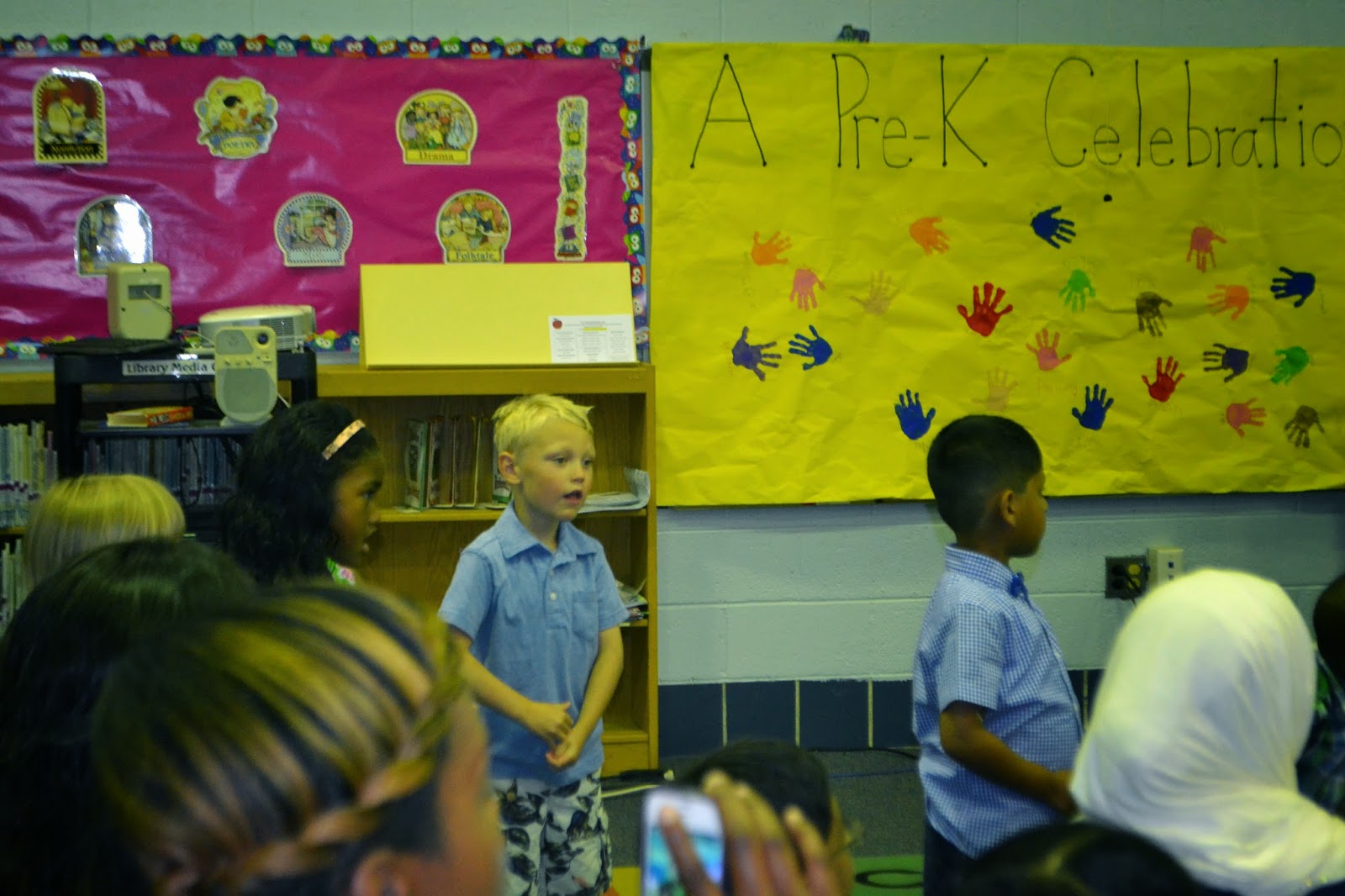 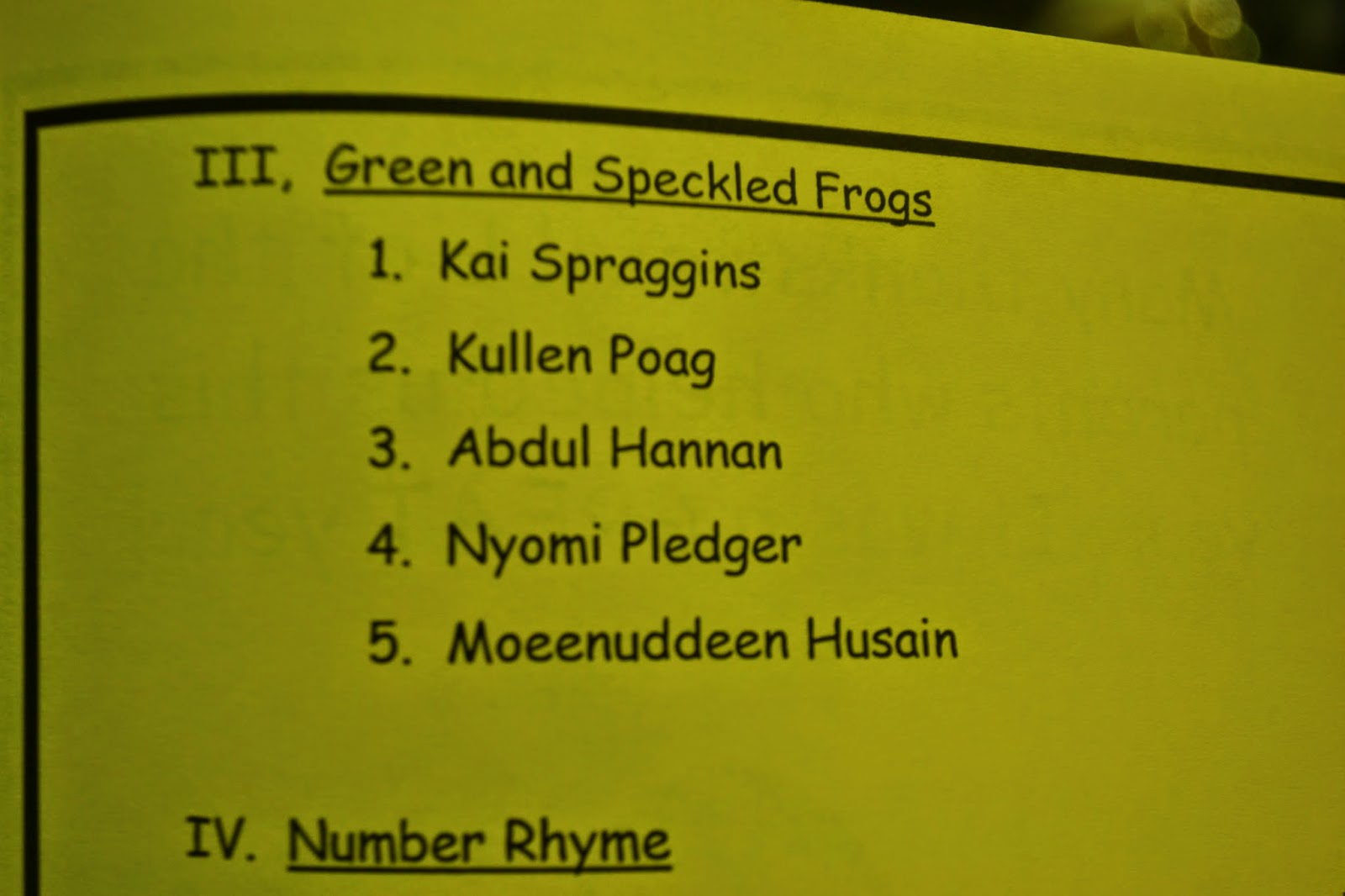 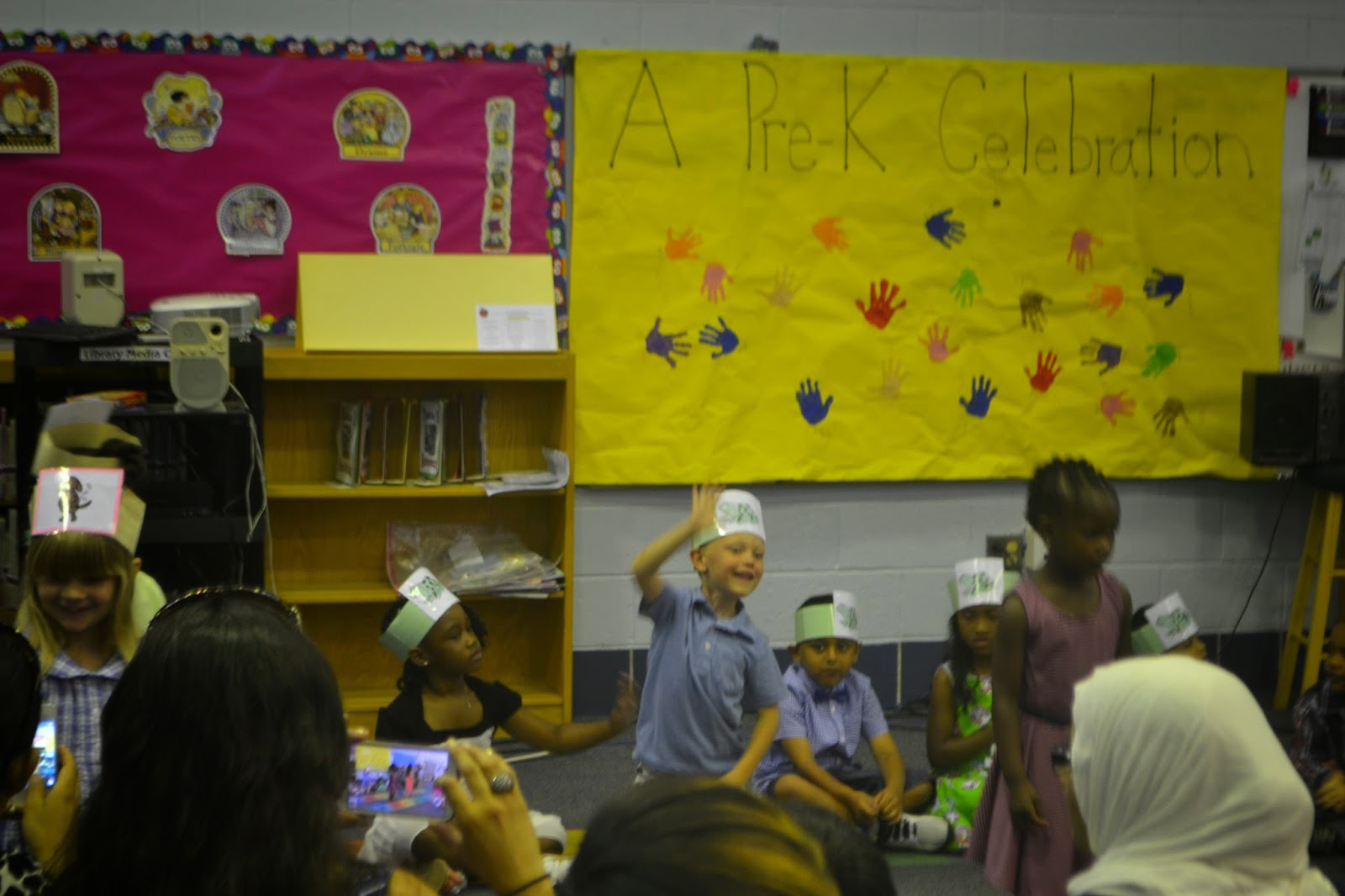 all the kids had made a handprint banner :) 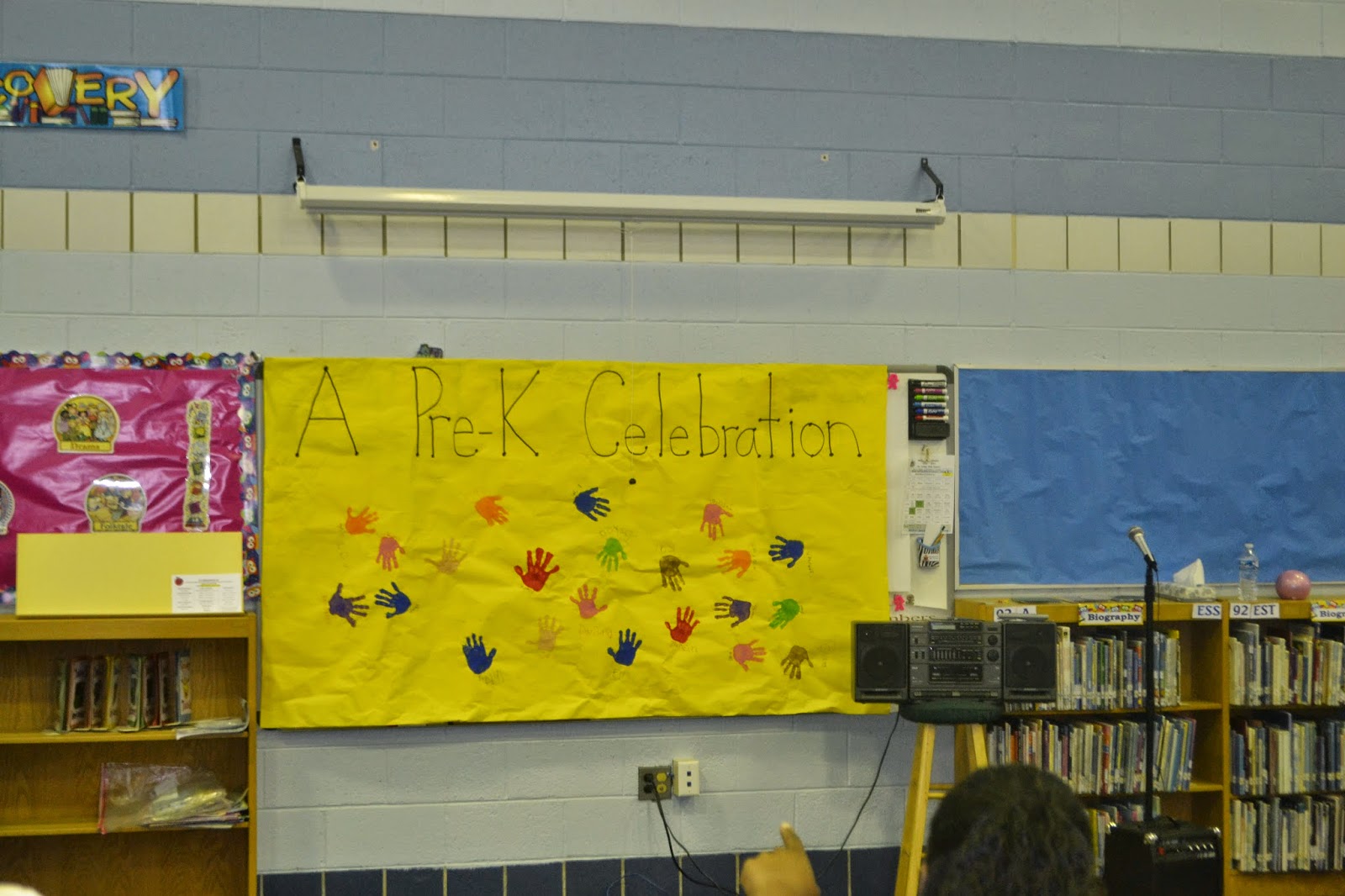 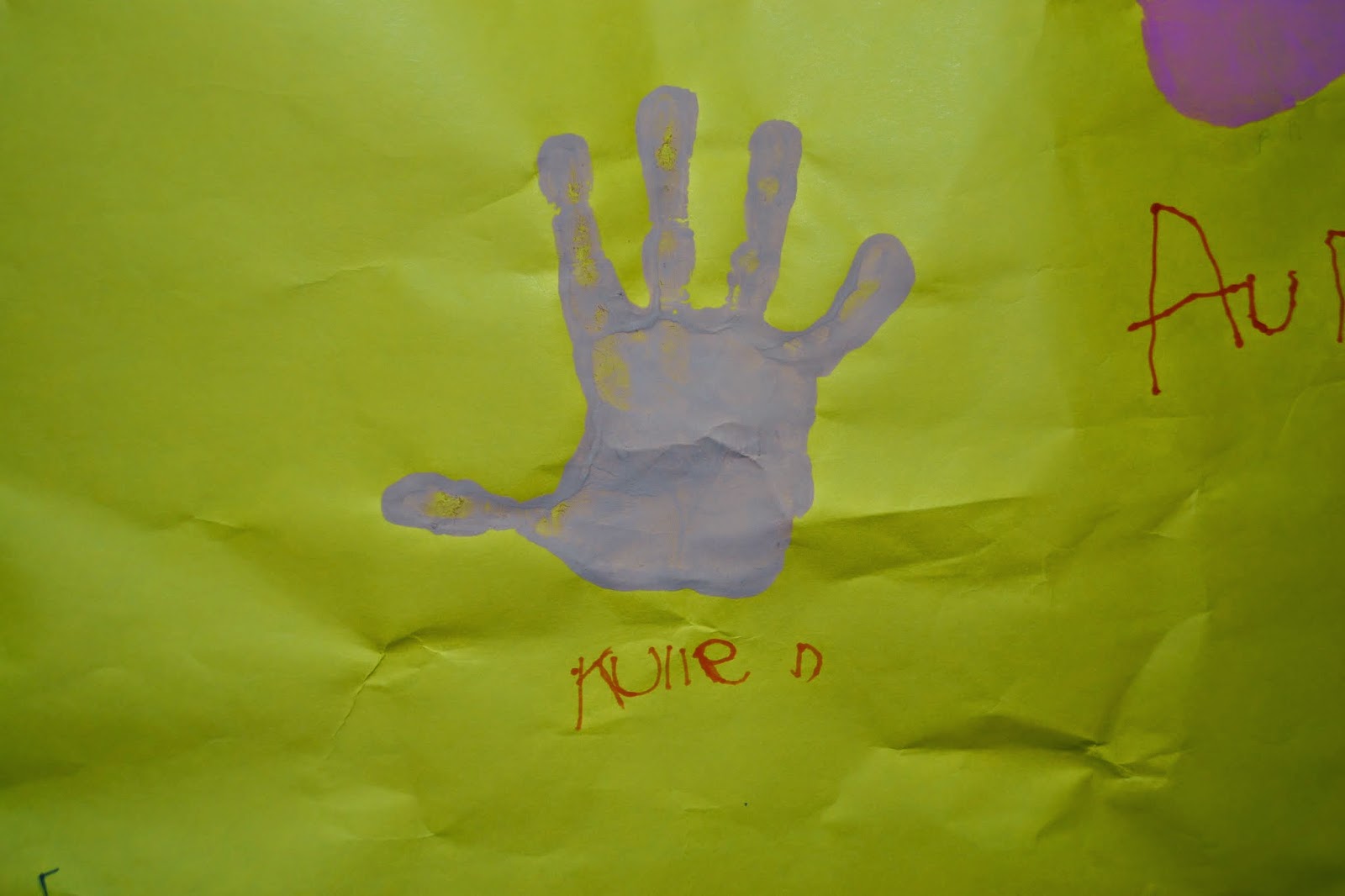 kullen and his amazing teacher: mrs. duke! it's going to be extremely hard to top her in the upcoming years! 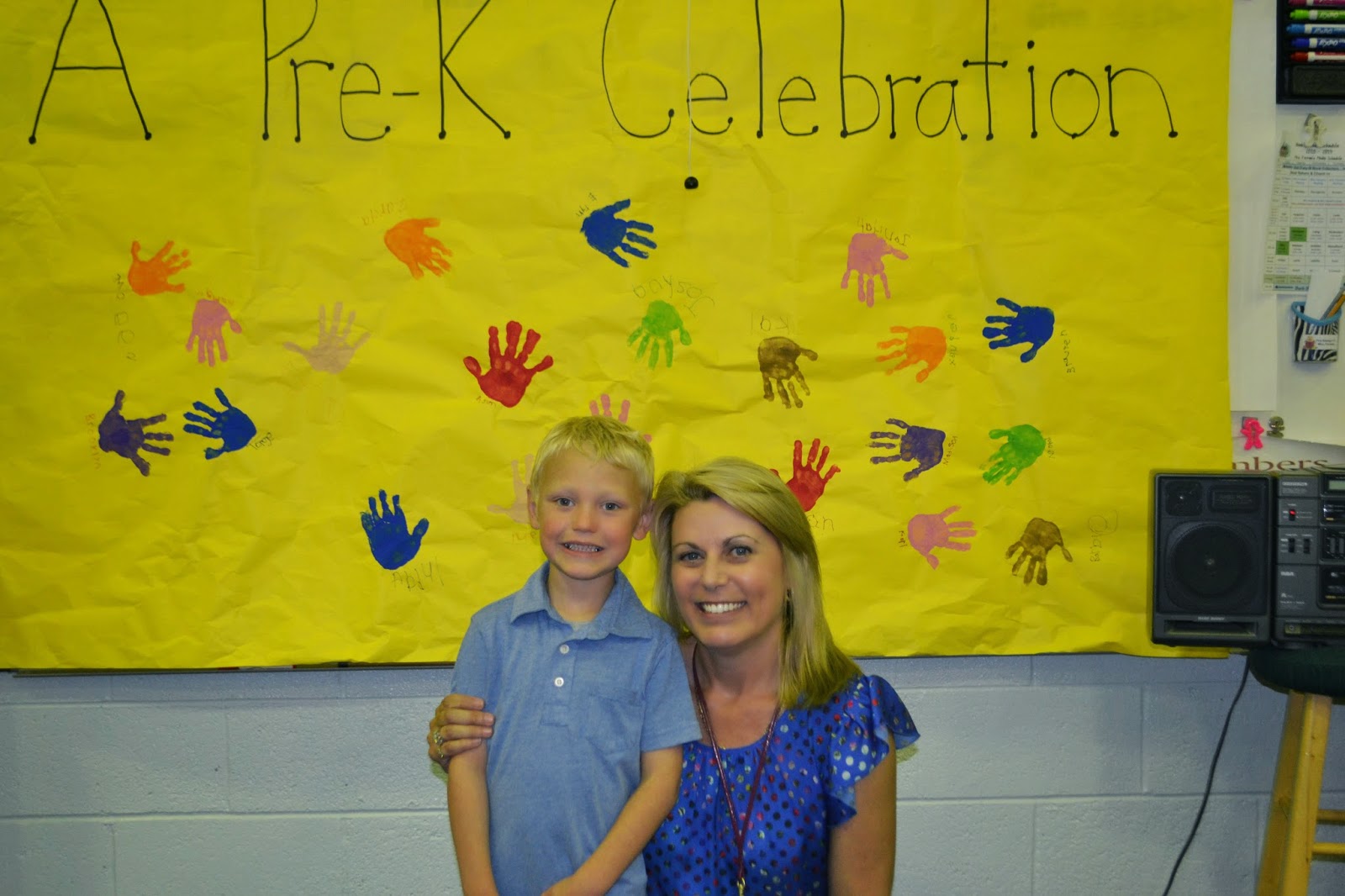 afterwards, everyone got to enjoy cake (which featured the kids class picture) and punch! 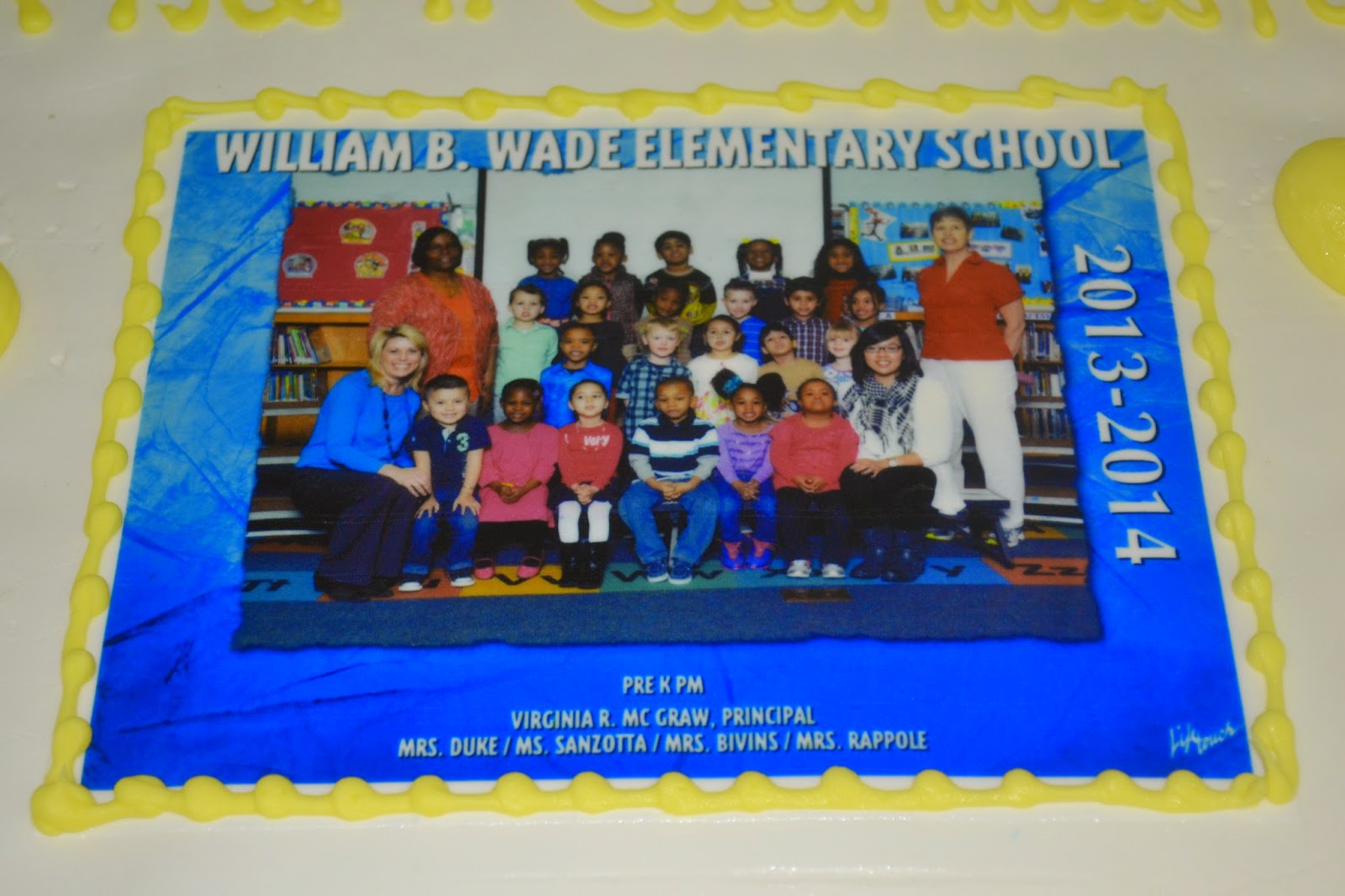 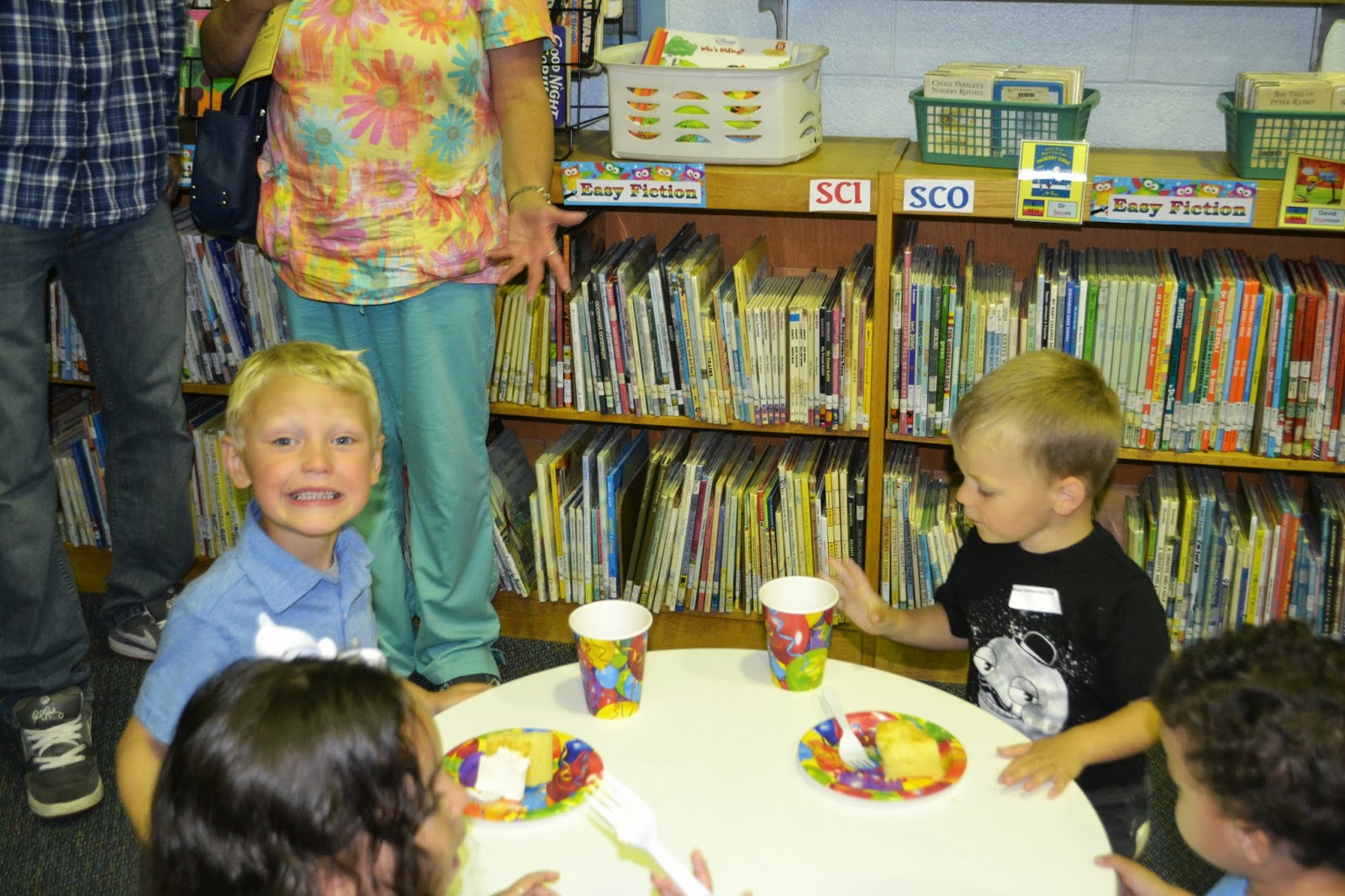 it's so hard to believe my boy is going to be in kindergarten next school year. he's going to be gone ALL day. wahhhhhhhh!