just a few things that make me laugh every time he says them:

'look at me guys!' or 'watch me!' - he says this whenever he is doing something cool or funny. example: in the tub, putting his face in the water and holding his breath for 5 seconds (that's his max!)

'reeeeeeselton' - adam sometimes refers to rhys as 'rhyselton' so of course kullen repeats it and randomly walks around the house saying it!

'no adaaaaam!!' - when adam is punishing him. now, I know this isn't funny BUT I can't help but laugh when he does it!

'mines' - yep, he not only says mine but pluralizes it! haha

'cooooool' - this one is pretty self explanatory, he loves to say it!

'need help' - he says this often! when he can't close the drawer in the fridge, or can't get a toy orrrrr when he is done going potty!

'want sumpin' - usually when he is hungry and wants something to eat. this is usually followed by:

'show you' - and he grabs my hand and leads me to the fridge or kitchen to show me what he wants!

'lets go!!' - when he is ready to go somewhere - doesn't matter if anyone else is ready!

and my favorite!!!:
'your favorite part mama?' as SOON as we sit down at the dinner table! we started asking him his favorite part of his day a while ago but now he makes sure to ask us all first .. going from mama, to dada, to Rhys and then well ask him and he'll go 'myyyyyy favorite part was, ummmmm ...' it's usually 'goin to target!' hahaha ;) 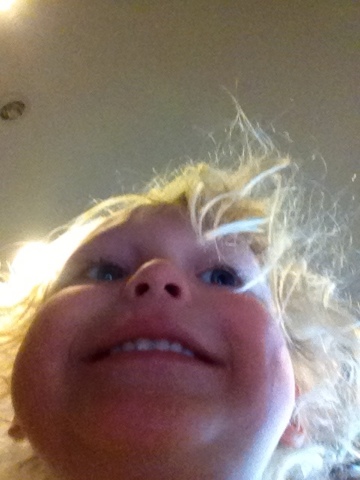