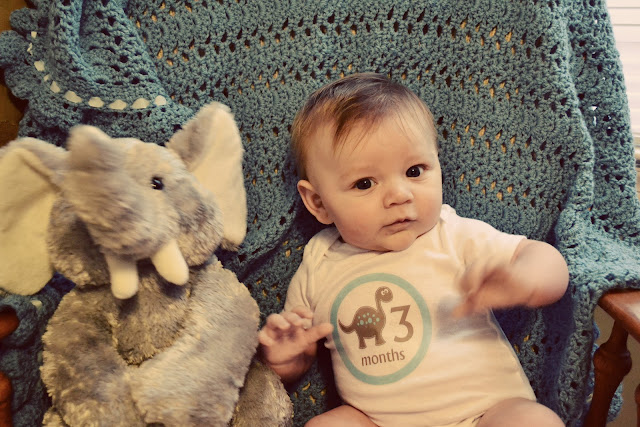 he is still a fairly easy baby!
he had some tummy troubles but i think we've moved passed them! 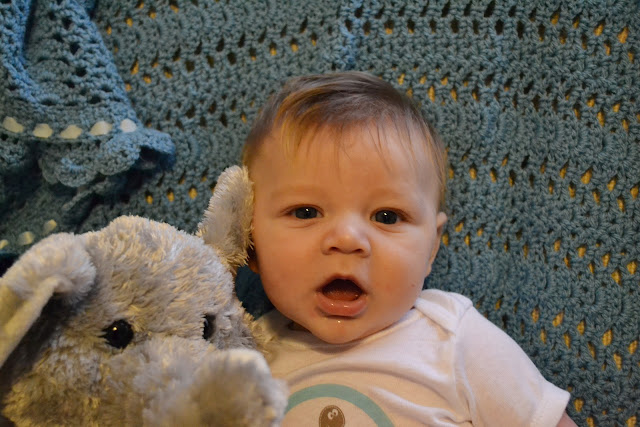 he had his first ear infection this month :(
coupled with an upper respiratory infection!
he is better now although the cough still lingers, poor boy! 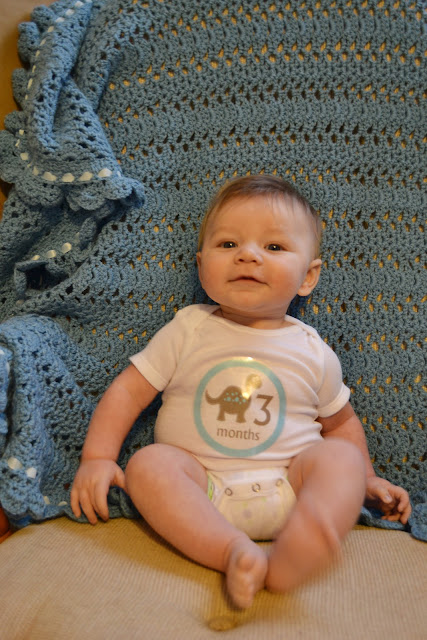 he is still eating 4-5oz at a time
wearing size 6 month clothing mostly
and finishing up our last pack of size 1 diapers and then we're moving up! 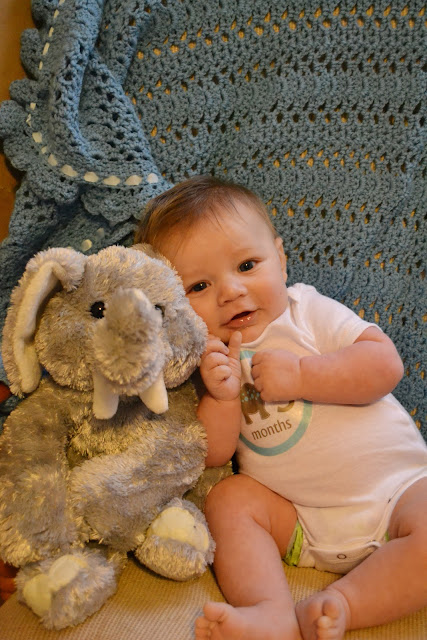 he still LOVES his pacifier
although lately has discovered his fingers and has a new found love for them! 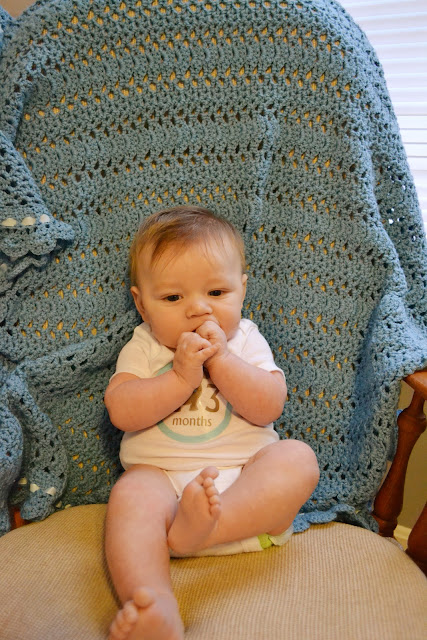 his giraffe is also still his best bud!

he is SO much more alert this month!
gives me smiles ALL the times
and responds to my coo's.
he has also started blowing raspberries! ;) 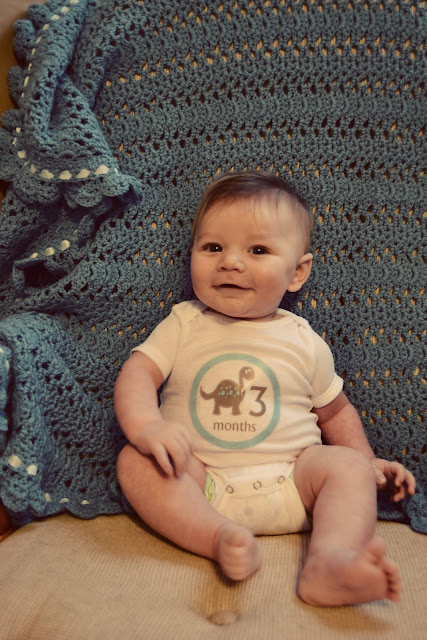 his head control is getting better by the day
i'm really amazed at how well he can hold it up. 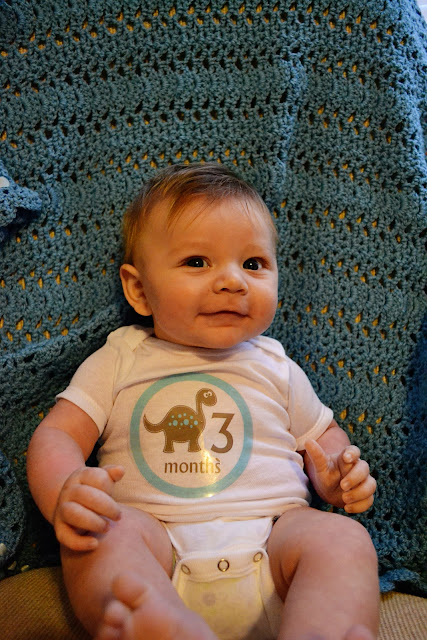 although he hates tummy time
[just like his big brother did]

he loves to sit up on the couch
and watch his dada, brother or the tv! 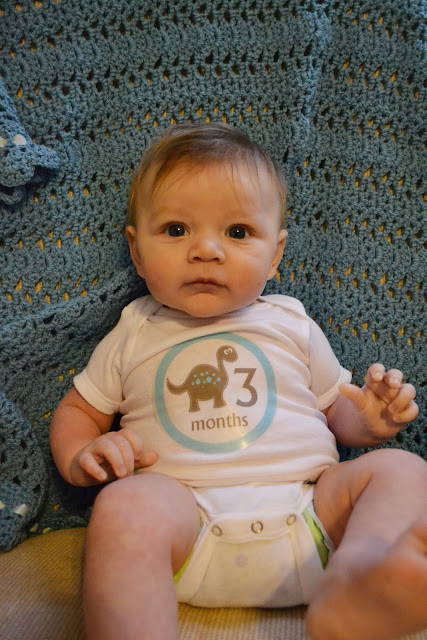 we got some great pictures this month! 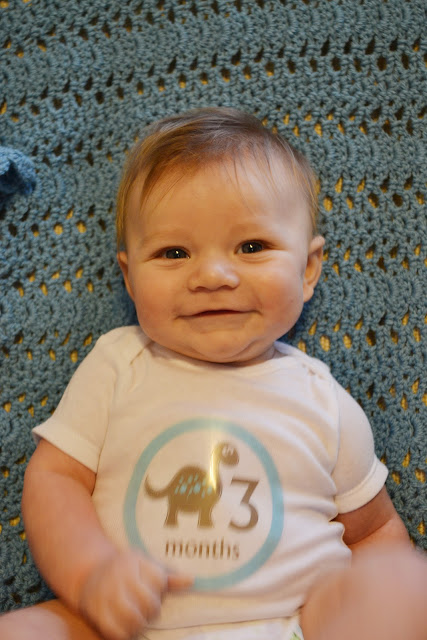 He is changing! What a little ham!