295th post! woot! woot!
we've had quite a few 'happenings' around the poag house lately! i thought i'd do some updating!
first off:  the hub got a new job!!! :) well - i should say he got with a new company, he is still doing his electrical thang! when he first got into the trade many moons ago, he was with this company. they encouraged and paid for his schooling and as part of the apprenticeship program, you are transferred to different companies each year. after graduating, adam continued with the company he was currently at but always thought of going back to that starter company. so when the owner of said company called him and offered him [what they refer to in the electrical field as] 'a buck and a truck' - he couldn't resist! not to mention - paid vacations!  we are really happy for the Mr. and although squeezing another vehicle [especially a truck!] in our tiny court is going to be a challenge - we're excited!
second: kullen injury update! the last one we had was a few weeks ago (accident prone) but without fail, we have another! little Mr. was bit ... by a ... MOUSE.  while at the sitters, he reached into the toy box and instead of pulling out a toy; he got a mouse! the mouse died right afterwards (we think kullen shook it to death, eeks!) and the bite wasn't all that bad. he did go to the doctor [and got some antibiotics] and the mouse was taken to the local health department. i got the call yesterday that the mouse was negative for rabies and disease so we're in the clear! just another 'wild animal' to add to the list of things that have bitten him! ;]
as for the toenail - pieces are beginning to fall off but the entire nail will more than likely stay attached! lucky for him!
third: potty update! not sure if i mentioned it on the blog, but a few weeks ago kullen poo-poo'd in the big potty. it was kind of a fluke - i knew he was about to go and swooped him up and placed him on the toilet. although i was stoked, i didn't consider it much progress. but now, ladies and gents, we've made progress! tuesday night after hims bath, i asked him if he had to go potty. then i said 'kullen - do you have to poo??" and he looked at me and said poo but kept on playing. i went about my cleaning but after a few minutes, he came running around the corner saying POO! POO!! i thought he had done it on the floor but was surprised when i didn't see anything! i saw him on his potty and remained right in front of him. i told him it was okay to poo! after the first 'drop' - he looked at me stunned with a look as if saying 'is this okay???" so i assured him it was ok for him to continue. after he was finished, we clapped and cheered for him! we let him dump his potty bowl into the 'big boy potty' and flush the toilet! he was so thrilled! i'm hoping this continues! we have a pack of 'cool sensations' pull-ups at home, i might try one on him this weekend! wish us luck :) 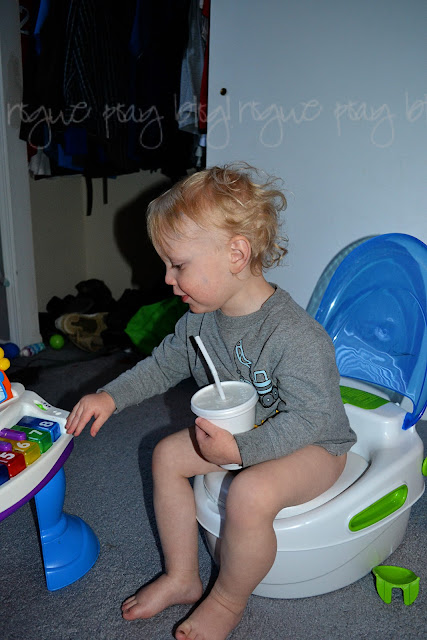 fourth: we find out the sex of baby #2 on monday! :) well - HOPEFULLY!! i am SO excited. i have been trying not to talk about it too much just in case we can't tell or baby is not cooperative! look for a post monday evening with the deats! ;]
fifth: ever google yourself? holy! i googled myself and facebook, myspace, twitter, pinterest and my blog came up. scary, aye??
speaking of - PINTEREST! i'm addicted. i admit, i joined a while ago but never got into it. (mainly because i couldn't get the 'pinit' button on my toolbar) in the past two days though, it's been an entire different story. any spare moment that i get at work - i'm on it! friend me: kaleysalene
sixth: i've been thinking of making a facebook/twitter/email address for the blog. too much? don't think i'm on that level yet. someone let me know when i get there though ;)
seventh: remember keds? i used to have them in so many different colors. i want them again! hot pink, yellow, lime, orange, white, black, blue - how awesome would i be?! ;]

eighth: don't forget about the March of Dime's. would love some sponsors :)
ALSO - if anyone is up for some Tastefully Simple orders and don't have a consultant - i'm hosting a party this weekend. online ordering is available - just put Kaley Poag as the host's name at checkout!
ninth: stay tuned for a downstairs bathroom re-do. the hub fixed up our ceiling that had collapsed and because of that we knew we'd have to repaint the ceiling/walls anyway. he went a little 'mud' crazy and spotted up the entire bathroom. it's been sanded down and is ready for paint now. we are thinking of going a little crazy in there - maybe a turquoise or bright orange or something! i'm pushing to have it done by this weekend, so pictures soon :)
tenth and finally: the one thing [for me] about being pregnant is the confidence i gain! granted, i'm not entirely there yet, but i'm on my way! i feel SO beautiful being pregnant and love that i don't have to worry about 'looking fat' - because yeah, i'm pregnant! bathing suit season can't come quick enough for me! i can't wait to show off this huge bump in a bikini at the neighborhood pool - go ahead boys, gawk away! 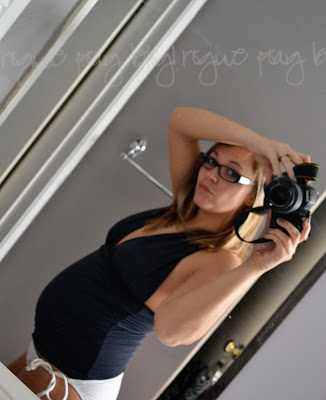 Go ahead girl! I'm so happy for all your upcoming and current happenings! I also want to make a fb for my blog : )