i am home with kullen today because he is ELEVEN months! ahhhh!!! i can't believe this is my LAST month with a 'baby'! he will still be MY baby after 1yr old but he is technically grown at that point! teehehe!
i meant to blog this last night but got caught up in kullen's birthday and invitation planning! i did a little photoshoot with kullen today and although it didn't turn out exactly as i planned, i should be able to use a picture or two for his invitations!

anyway - hubby worked late last night so i surprised him with a new recipe! bbq chicken pizza! i obtained this recipe from allrecipes and it turned out almost perfect. i am going to make this again next week but cut the cilantro amount in half! i forgot how powerful of a taste the herb was! i am also going to use a smoked bbq sauce and not the spicey honey kind that i used - the sauce was just a LITTLE sweet! ;] anyway - here is the recipe!

boil your chicken breasts until cooked. slice/shred/chop (i did a mixture of both) 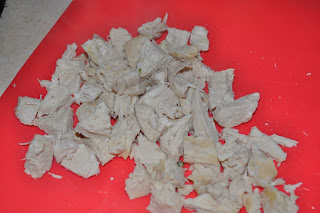 next - mix your chicken, bbq sauce, honey, molasses, brown sugar and chopped cilantro in a pot and bring to boil over med/high heat. 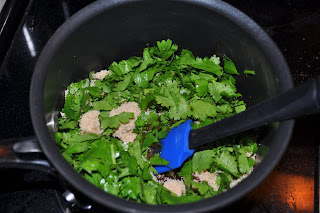 lastly - pour mixture onto your pizza crust, sprinkle with red onions and top with cheese. bake at 425 for 12-15 minutes. until cheese is bubbly and crust is brown. enjoy :) 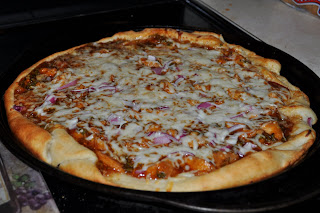 not only tasty, but a lot healthier for you than regular pizza. it would be even better with a wheat crust, which i might try next time! 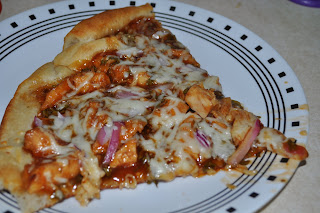 Kaley that looks so good, and you did a wonderful job at illustrating. I've wanted to try this, but haven't had the nerve. I'm going to make this for us.